The last time I did a big interview for the BBC, it wasn’t broadcast, despite having put in a large amount of work and research for the programme (it was Panorama over a year ago – I was interviewed about opencast mining). I am a bit more hopeful that the interview I did this morning will be broadcast. It was for the BBC Politics Programme, North East edition. Mark Denten interviewed me about how the proposed conference centre for Gateshead will be paid for. I’m not going to go into the details of it now. I’ll save it for another day. I feel a little more confident that this interview will be broadcast. Fingers crossed for Sunday. The programme starts on BBC1 at midday. 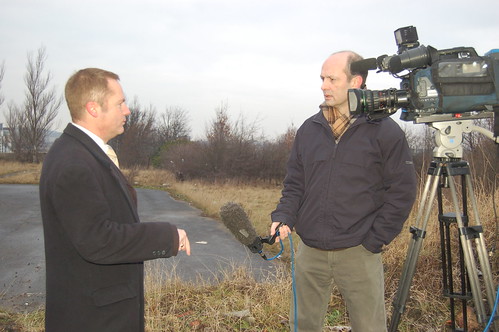 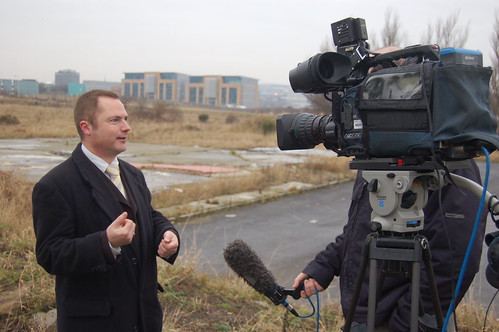 The 2 photos above were taken at the interview. In the 2nd one, it looks like I’m playing the air guitar! Maybe I thought I was performing at the nearby Sage Concert Hall!

Inevitably I took an interest in the camera they were using. Meanwhile, Mark asked me if all my stories on my blog about jam making and growing our own food was spin. Sadly, it is all for real! And with 5 tonnes of manure due shortly for our allotment, this politician for one will be up to his eyeballs in muck shortly!

Then to the Civic Centre where a group of children from Fellside Primary School grilled us on life as a councillor. We were told to expect questions about what time we get up in the morning and when do we eat dinner. We ended up instead with questions about whether we need qualifications (Council Deputy Leader Ian Mearns said no but pointed to me – as the only Doctor in the Council village – saying that I had a bagful of them: “Not sure if they have helped me!” I joked); what age do you have to be to stand; is it a privilege to be a councillor and what are our greatest achievements (I think mine was to survive the grilling!)

Shortly before full council we did the next part of our promotion of healthy lifestyles. We had to write on a note something we were pledging to change in our lifestyles to make us healthier. The note then went on to a display where everyone could read it. I announced I was giving up nibbling between meals. So out go the cheese, chocolate shortcake (with caramel), salami (yes, I confess, one of my favourite nibbles, but they are very very thin!) and other such foods. Eating is to be done at meal times, unless it’s health fruit etc.

Photos below – my ward colleagues Cllr John McClurey and Cllr Marilynn Ord and I agree to change our lifestyles for something healthier: 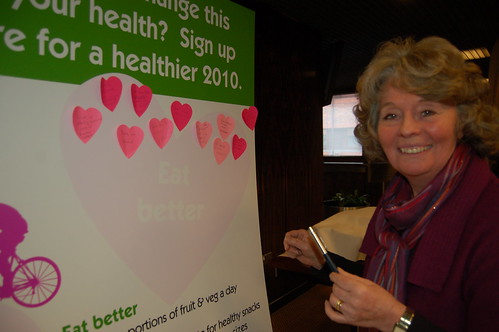 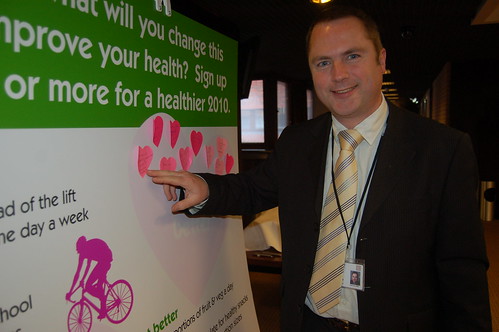 Winning in 2021: Building your campaign team