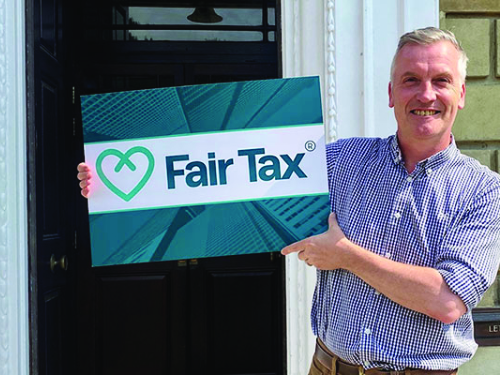 In recent months there’s been a surge in Liberal Democrat support for Fair Tax Councils. Mary Patel from the Fair Tax Foundation explores what’s behind the growth and sets out what you can do in your local area to back responsible corporate tax conduct.

The number of UK Fair Tax Councils has more than doubled this year to 38. Liberal Democrat councils including Richmond-upon-Thames, Chelmsford, Bath & North East Somerset as well as Bedford have all passed motions approving the Councils for Fair Tax Declaration. Lib Dem councillors have led proposals in Dundee and Gateshead and backed motions in Oldham, Southwark and Sunderland.

It’s no wonder that councils are uniting around this issue. Polling from the Institute of Business Ethics earlier this year found that the British public voted ‘corporate tax avoidance’ the number one issue business most needs to address. Earlier this year we ran a campaign encouraging local residents to email their councillors, calling on them to support fair tax, with over 17,000 emails sent to date covering every council in the UK.

Cllr Robin Brown, Finance and Resources Lead Member, at Richmond upon Thames said: “We believe that all organisations should pay the right amount of tax in the right place at the right time. Public spending is under intense pressure at the moment, as we do as much as we can to support residents through the cost-of-living crisis while maintaining crucial frontline services. Tax is essential to provide vital public services however it has been estimated that £17bn of revenue is lost each year due to multinational profit shifting. Council welcomes the Fair Tax Foundation campaign and commits to the key principles of the Fair Tax Declaration – to lead by example in its own tax conduct, to promote good practice and to support changes to legislation to allow tax conduct by suppliers to be taken into account through procurement policies.”

Sam Al-Hamdani is a Liberal Democrat councillor on Oldham Council and spoke at a recent Fair Tax Foundation webinar about their experience proposing a motion on fair tax . Sam said: “We brought it as an opposition party…quite often you’ll be bringing motions for two reasons, one is to highlight somebody else doing something wrong or two is because you think this is a good thing and actually everyone should be on board with this and the Fair Tax Mark and the Declaration is absolutely the latter. We got really positive engagement with the leadership of the Council, everyone was on board with the idea and it sailed through on a really positive level.”

In Southwark, Cllr Rachel Bentley has given full support to fair tax, tweeting that: “Public money should only be spent with companies that do the right thing which includes paying their fair share of tax. Last month, the @swklibdems were proud to vote on a cross-party basis to adopt the @FairTaxMark Councils for Fair Tax Declaration in Southwark.”

Our own polling shows that over two-thirds (66%) believe the Government and Local Councils should consider a company’s ethics and how they pay their tax, as well as value for money and quality of service provided when awarding contracts to companies.

The Fair Tax Foundation is a social enterprise and our mission is to celebrate and encourage responsible tax conduct. We offer the Fair Tax Mark accreditation scheme for businesses as well as the UK Fair Tax Councils initiative.

You cand download the Councils for Fair Tax Declaration and a sample motion on the Fair Tax Foundation website. Mary would be happy to answer any queries directly via email local@fairtaxmark.net