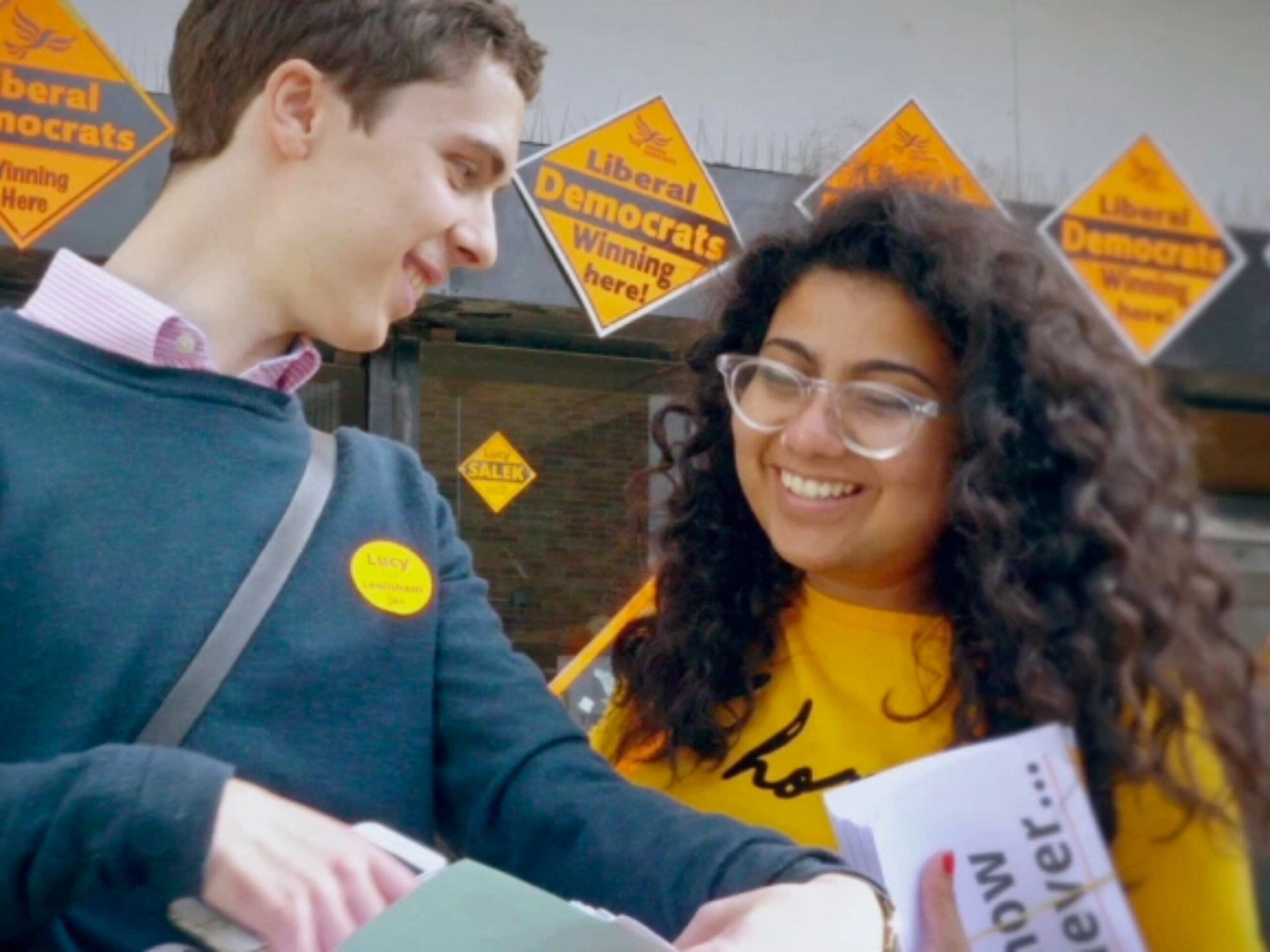 Future Councillors is the scheme provided by the Young Liberals and ALDC. We’re providing year-round support for young people who want to become councillors.

There are 15 places available in the programme, which will be for those aiming to get elected in May 2023.

The new scheme offers a whole load of support, including:

We’re particularly looking to support candidates who might not have a lot of campaign infrastructure or financial support from their local party. So don’t worry – even if there’s never been a Liberal Democrat councillor in your area, we’d love to help you!

We’d love to hear from applicants from any and all backgrounds and levels of experience. The only essential criteria are:

Not eligible to apply, but want to support the scheme? Why not become a Friend of Young Liberals or donate to us! And, of course, make sure you share all this info with any young Liberal Democrats you know.

If you would like to apply to the Young Liberals Future Councillors programme, please complete this application form.

The deadline for applications has been extended to Sunday 31 July 2022. If you would like to discuss applying please email abigail.bell@aldc.org

We are trialling a novel type of Focus in the derelict Northenden ward in the cluster of 5 derelict wards in the Wythenshawe area of Manchester, which is part of the near-derelict constituency of Wythenshawe and Sale East, which includes 3 Trafford wards.

A key feature is that the front and back are designed to be HIGH-IMPACT but deliberately devoid of other issues and devoid of dates. By this "cunning plan" this innovative Focus will still be topical and high impact at least as far ahead as next May.

Another innovative "rule-breaker" is that the Focus has a print-run of 5,000, but there is no pressure to deliver them all by any particular date. At least half will be held back as "stock" for using as extras just before the start of the 2023 election campaign,

The CRIME front-page is also a "rule-breaker" for it breaks with the Lib Dem bonkers tradition of only delivering Focus to homes and ignoring shops. CRIME is of great concern/interest to shop-keepers and I am busy canvassing them; not only are some of them voters, all are opinion leaders IMO.

The CRIME front-page can be tweaked to meet the requirements of all wards in Greater Manchester. The CRIME STORY is that Greater Manchester Police Authority have, for 36 consecutive months being publishing on internet, a report on each ward in Gtr Manchester (several thousand reports!) but with ZERO crime information. The most up-to-date crime map and list for e.g. Northenden ward was for 110 crimes in JUNE 2019 - THREE LONG YEARS AGO!

If ALDC is keen to help a large number of young candidates, then this is affordable at least as a leg up from being a "paper candidate" in a derelict ward, to being a "cardboard candidate" in that ward, able to at least leapfrog the greens. The double hammer of CRIME & POLICE helps win votes from Tories whose castle is the elderly law and order faction; while the AIR & HEALTH helps gain support from greens and greenish youth.

RSVP ASAP if interested, as this "cunning plan" needs to be launched now in summer.