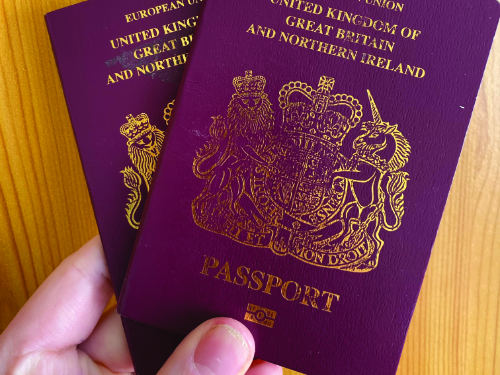 The Conservative Government has introduced new legislation requiring photo ID to be able to vote in person at a polling station – which will come into effect for the local elections on 4 May 2023 and for future elections and general elections.

The new rules are an attack on our democracy and will make it much harder for traditionally under-represented groups to vote. A number of Lib Dem council groups have already moved motions opposing the new legislation and calling for it to be repealed – such as this campaign by York Lib Dems.

A further briefing on the Voter ID legislation, and what we need to do in our areas, can be found here.

Council notes that the introduction of Voter Identification for the Local Elections on 4th May 2023.

The Elections Act 2022 will require voters to present an approved form of Photo ID at a polling station in order to vote. Acceptable ID includes passports, driving licenses, older persons bus passes and Voter Authority Certificates for those without an existing valid ID.

Council notes there is little evidence that voter fraud is a systematic issue in UK elections:

· In the 2019 General, Local, European and Mayoral Elections only 4 convictions resulting from allegations of in-person voter fraud – out of 58 million votes cast.

· In the 2021 Local Elections just one caution for election fraud was issued by the police.

Council fully agrees with the comments made by the Electoral Commission to the Government in September 2022 advising that the new rules could not “be delivered in a way which is fully secure, accessible and workable”, pointing out that 7.5% of voters do not currently hold an acceptable form of ID and over 1000 voters were denied the opportunity to vote during Voter ID trials in the 2018 and 2019 Local Elections.

Council is deeply concerned that the requirement to provide Photo ID will present a significant barrier for thousands of residents in [AREA NAME] to exercise their right to vote – and these barriers will disproportionally effect ethnic minority, low income, disabled, LGBT+, elderly and young voters.

Council notes the acceptable forms of ID listed by the Government are weighted towards more affluent and older voters who are more likely to possess passports, driving licenses, older persons bus passes and senior PASS cards. Forms of photo ID most likely to be held by younger people (such as young persons railcards) have been excluded.

Council believes the rushed and last-minute timeframe in which this legislation has been enacted will put an enormous strain on staff and resources at [COUNCIL NAME] to communicate the new rules to voters, provide Voter Authority Certificates to thousands of local residents and training polling station staff in less than 4 months in the lead up to the 2023 Local Elections.

Council instructs the Chief Executive, the Leader of the Council and other group leaders to write to the Cabinet Office to express the Council’s complete opposition about the damaging effect on democracy that mandatory Voter ID will have in UK elections and to demand that this section of the new legislation is repealed immediately.

Council also resolves that a report from electoral services is brought to a special meeting of [INSERT APPROPRIATE SCRUTINY COMMITTEE] to outline the preparations we have in place to ensure all voters are fully aware of the new rules and to provide special Voting ID to those who do not possess an existing form of photo ID.

Looking after your Members and Supporters