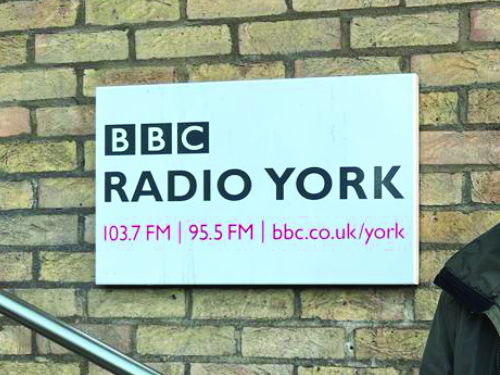 In October 2022 plans were announced for sweeping cuts to BBC Local Radio Programming.

BBC Local Radio connects people to their communities and keeps them informed of local issues and news in real time. To millions it is a lifeline, a primary source of company and the only means many residents have of finding out vital information in their area.

The Liberal Democrats are fiercely opposing these proposed cuts and are calling on the Government to fund the BBC properly and plug the estimated £295 million shortfall in BBC funding that is at the root of these proposals.

We have produced a template Council Motion for you to move on your Council, showing your support for your local BBC radio station and calling on the Government and the BBC to reverse these proposed cuts.

If you do plan to move this Council Motion it would be a good idea to let your local BBC Radio Station know and make yourself available to speak to them about the issue – both on air and off. It could generate some positive coverage for you.

The full motion can be copied below:

The changes will cut local programming after 2pm – with most shows after this point being broader regional or national broadcasts.

Council notes the announcement has met fierce criticism from across the political spectrum.

[INSERT LOCAL BBC RADIO STATION] is a vital service for people in [AREA NAME]. It helps residents stay connected to their local community, providing local news, culture, sport and weather updates, and gives residents an opportunity to have their say and participate in local debates through phone-ins. BBC Local Radio does this in a unique way that commercial radio cannot quite match.

In the last couple of years, during the Coronavirus pandemic, the station was able to help spread important information, while also in many ways being the only source of company for those residents cut off from the rest of society. During the cost of living crisis local radio will play a similarly crucial role in spreading information about support services, warm banks and a number of other important lifelines for residents.

BBC local radio also does a great job of holding decision makers to account – both local and national – as was demonstrated by the round of local interviews conducted with former Prime Minister Liz Truss on 29 September 2022.

Council recognises the BBC is being forced into cuts by successive Government freezes to the license fee and the withdrawal of funding for free licenses for over 75’s.

Council calls on the Government to fund the BBC properly so it can continue to deliver a full schedule of local radio programming across the UK – in addition to it’s planned expansion of digital radio services.

Council instructs the Chief Executive to write to the Secretary of State for Culture Media and Sport, Rt Hon Michelle Donelan MP, to express our dismay at these proposed cuts to BBC local radio and to demand that the Government find a solution to cover the BBC’s predicted £295 million funding shortfall by 2027.

Council further requests that the Chief Executive write to the Director General of the BBC to celebrate the irreplaceable local service [INSERT LOCAL BBC RADIO STATION] provides to residents in [AREA NAME] and stresses our desire for it’s local programming to be protected and retained.