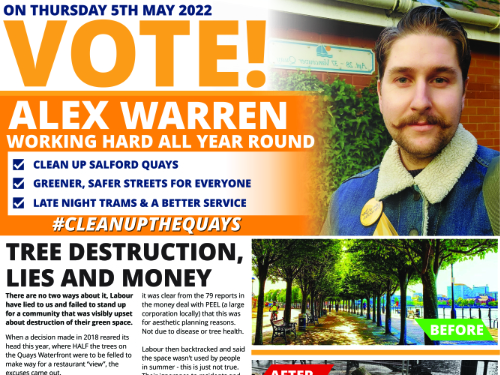 Here at ALDC, we wanted to highlight some of our Party’s fantastic local literature, and here is this week’s winner!

This week we thought we would do something just a little bit different.

In the local elections last week, 8 members of the ALDC staff team were elected or re-elected! So for this week’s ‘Leaflet of the Week’ we wanted to highlight some of our favourite literature from the staff’s campaigns.

You can see the leaflets and download the Affinity files here.

To see all of the previous winners of Leaflet of the Week, click here.

Send entries for next week to Frankie Singleton frankie.singleton@aldc.org!