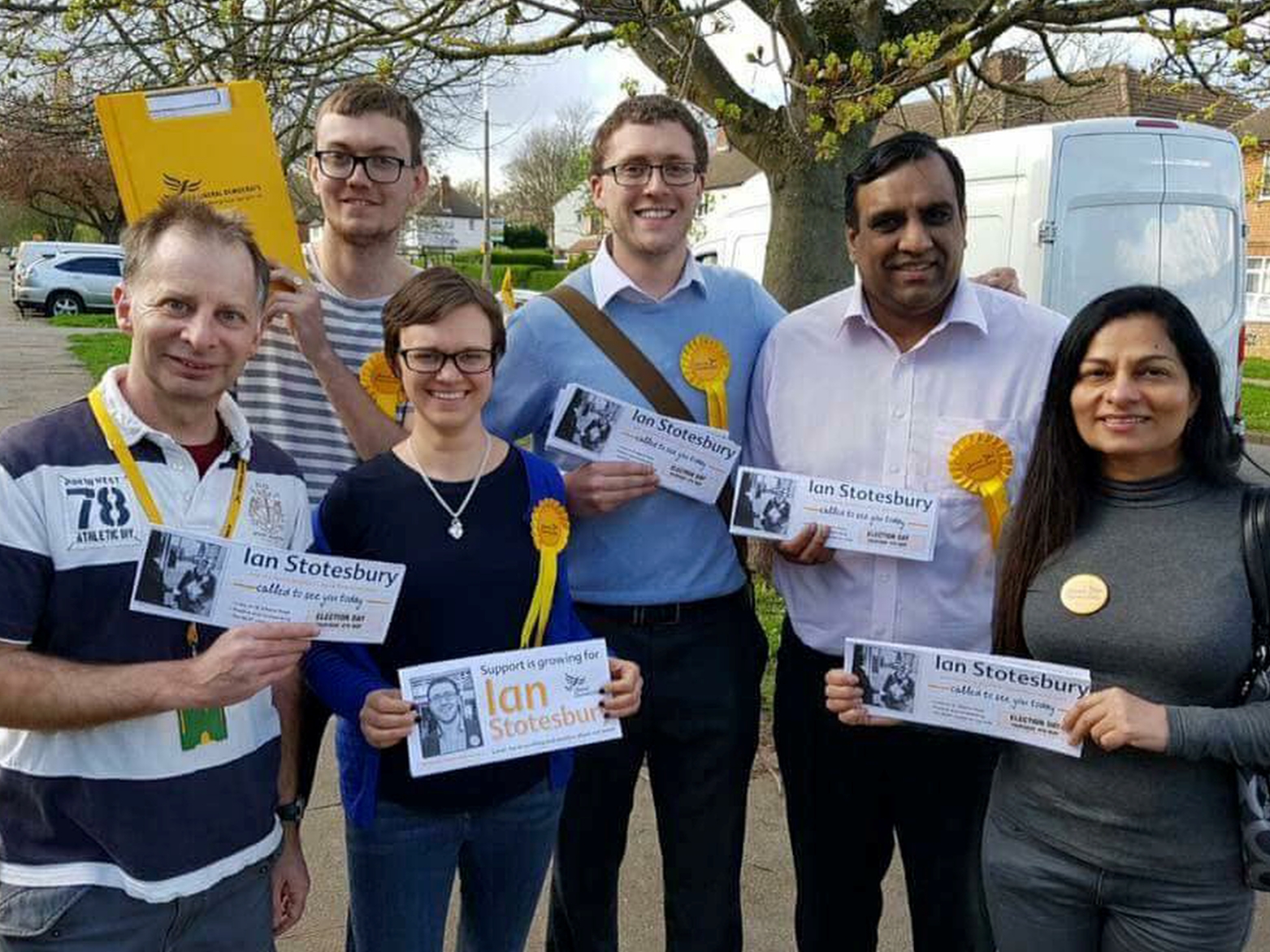 Since May 2021 the Lib Dems have contested over 100 local council by-elections. Thank you to all candidates who have stood for us. It is vitally important that we stand candidates in by-elections.

Even if we are not fighting to win or develop a ward – by-elections are an opportunity to train new activists and candidates, try new ideas and allow new agents an opportunity to learn the ropes in a less stressful election.

And even if we are not fighting any campaign at all – we need to make sure there is a Lib Dem candidate on the ballot paper. There will be people wanting to vote Lib Dem in every corner of every ward and denying them the opportunity to do so is not just bad for democracy – it is also bad for your local party as it will diminish the number of loyal Lib Dem voters and supporters you have across your Council area. Remember a Lib Dem voter living in a super-safe opposition ward might just be a future council candidate for us – and standing a candidate will help us find them.

Where to find candidates

Finding candidates can sometimes be difficult. You might have small local party and very few members willing to stand. Members within your local party are a good place to start to find your candidates for the future – however you should not limit yourself to existing Lib Dem members.

There will be great future Lib Dems out there – involved in local community work or residents groups. Strong Lib Dems on Connect who always vote for us and engage with us could also be strong leads to approach.

Most people won’t think of themselves a councillors and candidates – even if they would be excellent – and need to be encouraged to put themselves forwards.

Most if us will be able to think of a number of residents and community activists in our area who would make amazing candidates. But we need to approach them and talk to them. From those initial conversations you can grow your team with new activists and new candidates.

All Lib Dem candidates need to join the Lib Dems in order to stand – and we need to make sure they are Liberal in values and outlook. You would need to run an approval process to make sure your candidate is a suitable Lib Dem and is duly selected properly – you can find out how to do this every step of the way in ALDCs Approval and Selection Toolkit.

Why we must stand in more council elections

Mark Pack has written a great article on why we should always strive to have a Lib Dem on the ballot paper in every election – with by-elections being particularly useful and important – which you can find copied in full below.

The merits of standing in a council by-election we have a chance of winning are obvious. So too for wards which we might hope to win in the future and where the by-election is a chance to accelerate that progress.

But there are also huge benefits in standing even in wards that we are not likely to win for a very long time yet (if ever).

One set of benefits comes from the opportunity to practice, train and learn. Winning elections isn’t easy and some of the skills required are very hard to pick up outside politics.

So we should be using every opportunity to add to our experience, try out things and get better.

Even if we don’t do very much, or any, campaigning, there is still the chance for a new election agent to practice getting the paperwork right. Or to take a new person out on their very first canvassing session. Steps such as those are if anything easier in a ‘no hope’ by-election as the pressure is much less and so you can concentrate on the learning.

Those benefits are specific to by-elections on their own. There are other benefits too, which apply even if you’ve got other elections on the same day – and to non-target wards in the usual run of elections.,

First, it’s good for democracy. Having different parties put up candidates is the necessary condition for voters to make choices between them. The mere act of having your name on the ballot paper is a contribution to making democracy function – and democracy could do with all the contributions we can give.

Second, it’s good for voters. It’s deeply frustrating for many voters when they turn up to vote and see their preferred party isn’t on the ballot paper. They may just feel frustrated (and crikey, do they feel frustrated as I know having had the job of fielding such complaints from voters in the past). Or they may also blame the party for, in their eyes, treating them with disdain for not giving them a candidate to vote for. Frustration or frustration and disdain; either way, that’s not how we should be leaving voters feeling.

Third, it’s good for the party. One of the biggest challenges the Liberal Democrats face is to build up a large group of loyal supporters who persistently support us. Our core support is much smaller than that of our main rivals – and we suffer for it. It makes us more vulnerable to bad times. It means we have further to go and harder to work to get to the winning post than rival parties with larger core votes.

Yet the one sure way to ensure people don’t become persistent supporters is to insist that they should not be allowed to vote for us thanks to not putting up a candidate. No Liberal Democrat on the ballot paper means us saying to voters: ‘we refuse to let you be loyal supporters of us’.

Standing also helps the party identify better where its support currently is, and isn’t. Having a full slate of candidates across the board helps spot areas that can be promising to target and try to win in the future.

All of which is why even if being a candidate does not mean more than getting a name on a ballot paper, it’s still a valuable contribution to make.

Hundreds of party members do that every May and in between at by-elections – thank you.

With next May’s elections nearing, it’s a terrific contribution you can make if you join them and ensure another vacancy has a Liberal Democrat name next to it come May.

And in the meantime, let’s contest as many council by-elections as possible.