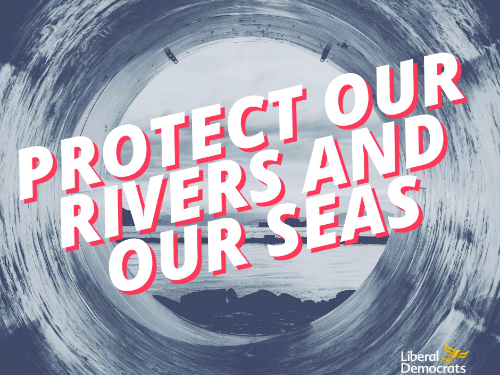 ALDC has produced a set of campaign materials to help you campaign on the recent furore surrounding the high levels of sewage release into rivers and the sea, and the government’s vote against the Duke of Wellington’s amendment to the Environment bill that would have forced action.

We have produced a Focus drop-in, a template Council Motion from the Green Liberal Democrats, and some graphics for social media, all of which can be found here.

The Animal Welfare (Sentience) Bill will recognise all animals as sentient beings and will create an Animal Sentience Committee to examine whether their welfare is being considered by policy decisions.

The bill is in its final stages of being passed through Parliament.

In March 2022 the Lib Dems tabled an amendment to the bill that would have required the Animal Sentience Committee to produce a report on the impact of river pollution on sentient animals – and the effect of Government policy and the actions of water companies on animal welfare in relation to polluted rivers.

The Lib Dem amendment was defeated by 286 noe votes to 179 ayes.

283 of the 284 noe votes were from Conservative MPs. The Conservatives defeated the amendment.

You can find out how you local MPs voted here.