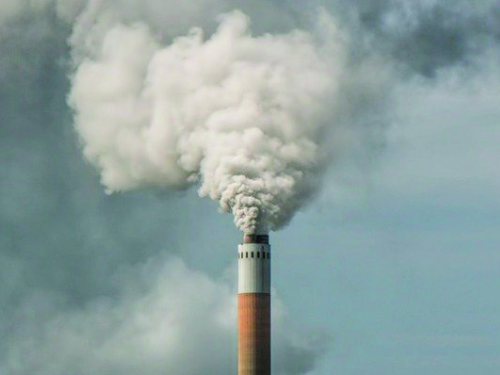 The vast majority of Councils have declared a climate emergency and promised to put climate change front and centre of all decision-making. However it is important that Lib Dem opposition groups keep the pressure up and challenge the Council on the progress that it is making towards its climate change commitments.

Below is a really good example of a motion from Stockport Lib Dems that both holds the Council to account on the progress made since declaring a climate emergency, and gathers together a number of distinct local environmental campaigns.

In the month ahead of the COP26 meeting in Glasgow, this council meeting recalls its declaration of a Climate Emergency through an all-party motion on 28th March 2019.

This council meeting believes progress has been slower than residents would expect and an increase in pace is needed to tackle this issue, where ambition and leadership from the council will be key to taking our community and local industry with us to reach carbon neutrality as quickly as we can.

This council meeting recognises that the past year has been heavily impacted by the pandemic and notes that we have seen how the council can effectively mobilise in an emergency in dealing with Covid19.

This council meeting regrets that this urgency has been less evident in the efforts to address the climate emergency, an issue that remains a considerable threat to the borough.  A threat clearly demonstrated by the extraordinary rain events that led to the near disaster of a breach at Toddbrook Dam which would have been devastating for Stockport as a borough and our neighbours, and of course the many homes that flooded in the days around that time from Romiley, to Cheadle and Bramhall.  There is a cost of failing to act ambitiously and without enough urgency during the first year following the Climate Emergency declaration and before the pandemic struck and it is why we must be bold moving forward. Rapid and extensive reductions in carbon early on will give us more time and buffer to deal with the more challenging aspects and areas of reaching carbon neutrality.

This council meeting welcomes the recent appointment of a climate change officer and notes some progress on the issue, albeit concerns regarding lack of ambition have been raised consistently through council meetings and at scrutiny and, while a focus on carbon reduction has been an important place to start, the declaration of a climate emergency must also consider the local effects of climate change including flooding, district centre heat issues and biodiversity loss moving forward.

This council meeting further welcomes the council’s forthcoming Climate Summit, which has been billed as a transformative opportunity to engage with residents and other local stakeholders to create a new and ambitious approach to the Climate Emergency we all face. This council meeting looks forward to measuring the success of this endeavour and encourages all members to do what they can to help promote the work within their networks and wards so that the event is representative of our communities. Young people will be disproportionately more affected by climate change in their lives, it is important we act for them and with them on this issue and they must be a key focus as the work moves forward.

This Climate Emergency needs to be treated as such and adequate priority now given to it by this administration.

This council meeting therefore resolves to:

This motion is worthy but very wordy. It would not get on the agenda at Oxfordshire County Council because there is a 250 word limit on motions. I Chair the Oxfordshire Pension Fund Committee and we have just committed £535 million pounds to a new Brunel low carbon passive tracker fund which is Paris 1.5 degrees C compliant. That is the way to go.

I will be using this after COP26 to reinforce our commitment to the climate emergency and Local Electricity Bill motion we successfully put to Council last year. I agree it is wordy. We have to provide any costings!! That does make it difficult and if we are clever can put savings in too.

Councils really just need to do two things in their own operations (contracted-out or otherwise): (a) reduce their consumption of fuel and electricity and (b) substitute non-fossil-fuel sources for the remainder.

Apart from that they can use certain levers like planning policy and procurement to influence other parties.