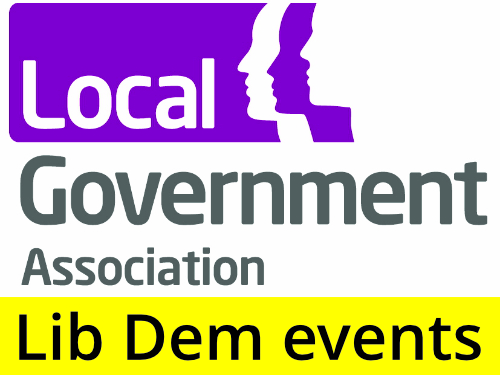 There are two online events hosted by LGA Lib Dems coming up on Thursday 30 September – a Q&A for Young Liberals and a meeting on COP26 and the Campaign for Climate Change powers for local councils.

Full details are below.

Are you a Lib Dem Councillor under 30?

In collaboration with the Young Liberals we are hosting a Q&A with our Group Leader Joe Harris, open to everyone under 30. The online event is taking place on Thursday 30th September, 7:00PM-8:00PM

It would be fantastic to get some young councillors at the event, so if you are under 30 make sure to sign up here: https://forms.office.com/r/QvaCYPE1Qm

COP 26 and Campaign for Climate Powers

The LGA Lib Dem Group’s lead councillor on Climate Change issues, Cllr Pippa Heylings, has written a letter calling on the Prime Minister to give local government full powers to deliver a zero carbon future. Please sign up here – and encourage your group to do so as well!

Pippa will give a unique insight into the preparations for the most important global climate summit, COP 26, being hosted by the UK in Glasgow later this year. Pippa is a member of the cross-party LGA Climate Change Task Force that is meeting with Ministers in the run-up to the climate summit. In this Zoom meeting, Pippa will highlight the huge gap between the Tory government’s plans and the reality of what is needed to reduce carbon emissions to avoid climate breakdown. Learn all about the Lib Dem campaign for a COP 26 announcement to give local councils the climate powers and funding they need to turn the words of their climate emergency declarations into action at speed.