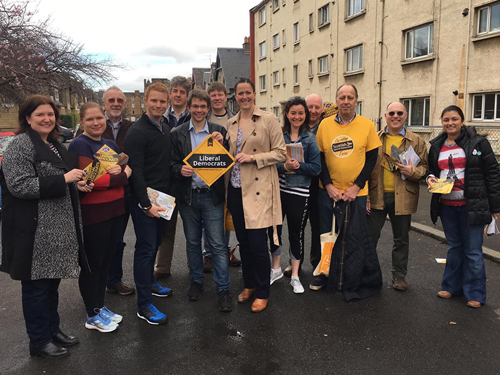 It feels as though council by-elections in Scotland can be like buses – we have none for a while and then all of a sudden we get lots all at once. In the last few weeks, we have had a number called.

In Leith Walk in Edinburgh, we have a brilliant candidate in Jack Caldwell. He’s working hard in an area we used to have a councillor in, and so far lots of activitists have got involved.

John Biggam is standing for us in Clackmannanshire Central, a ward where we have never stood before and it is great to see the Lib Dems running here for the first time.

By-elections have also just been called in Dundee as well as in Haddington in East Lothian. The East Lothian Party are quickly organising themselves for one of their target wards for 2022, and we are sure there will be a big push here too.

It will be great to see ALDC members helping in our Scottish by-elections and if you can help please get in touch with me, James Calder, Scottish Development Officer, at james.calder@aldc.org.

Image: From a recent action day in Leith Walk – the young guy in the middle holding the Lib Dem diamond is Jack Caldwell, the candidate.