The Liberal Democrat Group on Oldham Council is supporting a Dogs Trust campaign called ‘A Tail of True Love’. The leading animal welfare charity launches this campaign every year on Valentine’s Day (14 February) to encourage dog owners who love their pets to clean up after them.

Since being elected in 2015, Liberal Democrat Councillor Chris Gloster has, like his Liberal Democrat colleagues in Shaw and Crompton, found dog fouling to be the bane of his life in elected office.

Commenting Councillor Gloster said: “Ward councillors receive regular complaints about dog fouling. It is both an eye-sore and a health hazard, and it has a real impact on the quality of life of many of my constituents. Most dog owners are very responsible, and clean up after their pets, but unfortunately a few do not.”

With his Liberal Democrat ward colleagues, Councillor Gloster has been active in working to place more signs about dog fouling around Shaw to help enforcement. He is therefore delighted to be able to endorse this campaign:

“The aims of this campaign are quite simple, to encourage the many responsible dog owners to continue what they are doing and to make the irresponsible minority think again about their behaviour. Not only is it anti-social but it is also criminal attracting a fine of up to £1,000.”

“All dog owners should take out bags to collect poop and they should dispose of it safely in a public litter bin or take it home. Otherwise the consequences could include a child being blinded by Toxocariasis after coming into contact with uncollected dog poo.”

Councillor Gloster was speaking at Dunwood Park, where local ward councillors and the council’s district team have been working with parks department staff, the Friends of Dunwood Park and the local community to raise public awareness of the importance of owners cleaning up after their dogs. This has included children at local schools designing innovative posters to bring the message home.

At the forthcoming council meeting in March to discuss the 2019/20 budget, the Liberal Democrats are proposing an amendment which includes a commitment to create a new Environment Task Force charged with tackling, amongst other things dog waste.

Group leader Councillor Howard Sykes added: “I really hope that councillors from all parties will back this proposal. Such an Environment Task Force will have an extra £500,000 with which to tackle fly-tipping and dog fouling through enforcement, new innovative public education campaigns to change the behaviour of irresponsible individuals and the use of new technology, such as Poovers, which literally hoover up dog mess, and a real-time online tracking application to enable the public to report instances of fly-tipping, dog fouling and offenders. Similar applications exist elsewhere, for example the Poo Watch scheme operated in Worcester which we suggested Oldham Council look at many months ago.”

Notes for Editors: A photograph of Councillor Chris Gloster with Councillor Hazel Gloster, and William the dog, showing their support for A Tail of True Love at Dunwood Park, Shaw, where dog-fouling is an issue. 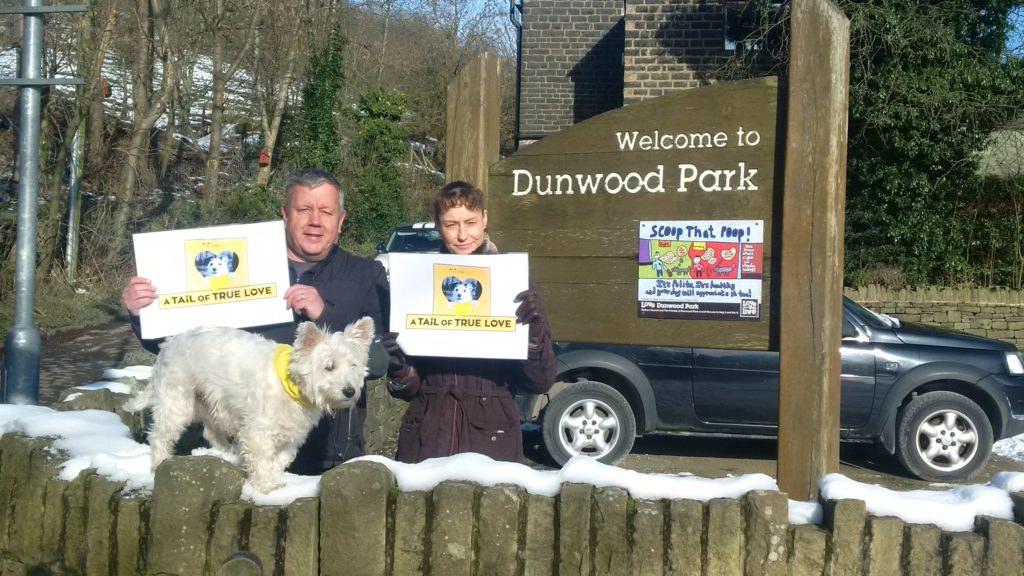 March 25: Working with our communities during Coronavirus

Webinars from ALDC – March and April 2020