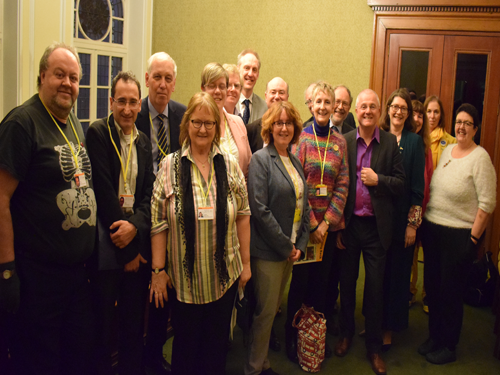 ASLDC is all about demanding better! Community politics is our watchword – helping people to take power in their communities, demonstrating a specific liberal style, philosophy and policy in our campaigning and public representation, electing more Liberal Democrat councillors and getting the most out of council by-elections.

Council by-elections are one of the most effective ways of gaining traction for the Party – and we must fight them as effectively as possible. The ASLDC team, supported by the recent appointment of Janes Calder as ASLDC Campaigns Officer, will provide as much support, guidance and expertise as possible to local campaigns – but our plea to every Liberal Democrat activist is to commit to help in any decent by-election within striking distance.

We aim to elect 100 Liberal Democrat councillors in 2022. This requires talent-spotting superb candidates, supporting them with a decent organisation and training in the necessary skills. A substantial Scottish delegation attended ALDC’s Autumn Kickstart in Yarnfield (Staffordshire) and brought back their improved skills to their local parties. This year’s Summer Kickstart is on 28-30 June at Yarnfield and local activists are encouraged to attend. Find out more and book at discounted rates now.

We are also improving liaison between Liberal Democrat councillors across Scotland – with a number of initiatives on People’s Vote motions, P1 testing and sharing ideas.

If you have local activists who aren’t yet members of ASLDC, they can join, by joining our sister organisation ALDC. Membership is currently half price for the first six months if they join using the discount code SCOTSCONF2019. They can join online at: www.aldc.org/join.