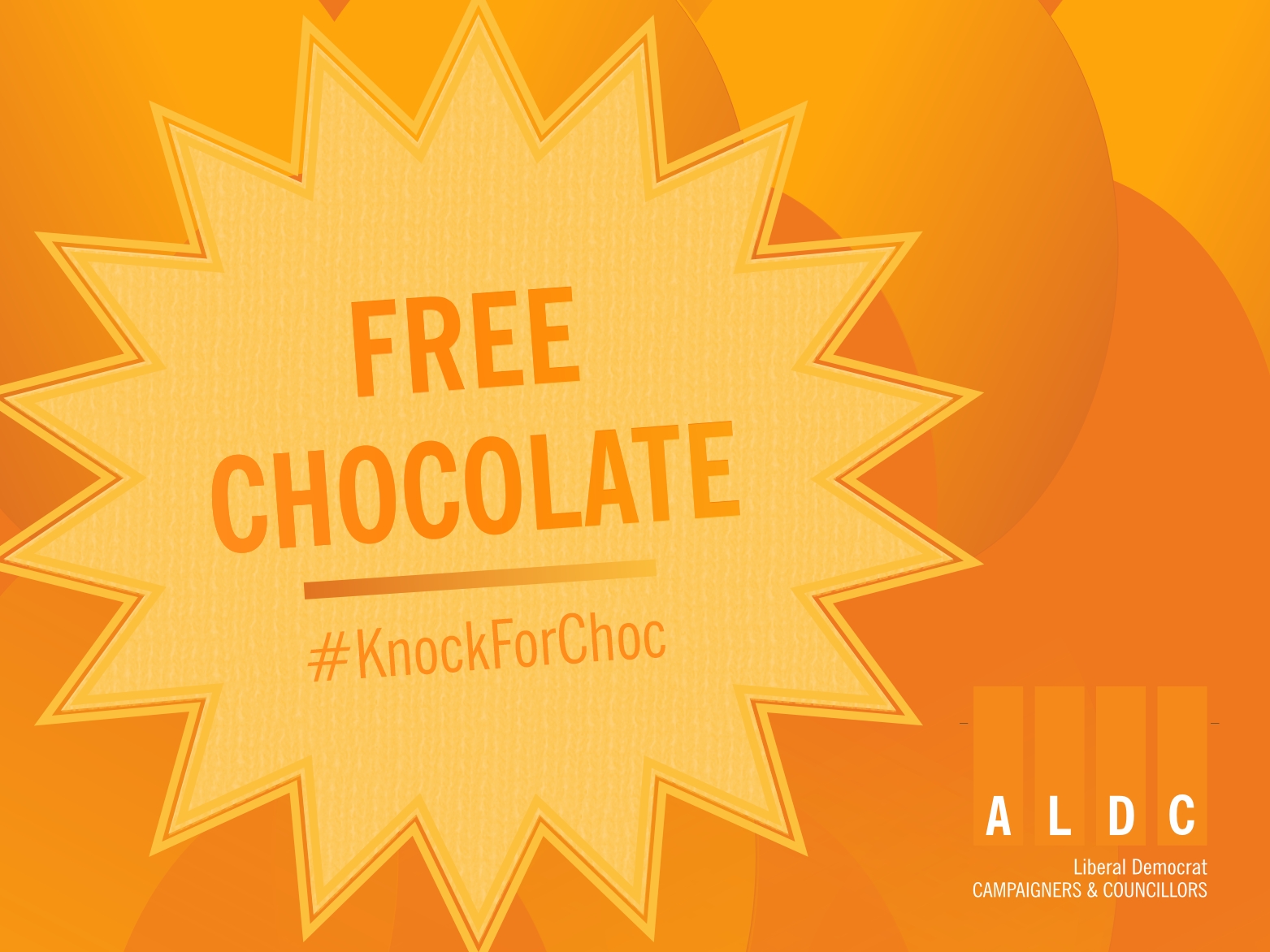 We’re celebrating Fairtrade Fortnight (Monday 26 February to Sunday 11 March) by providing your team with the chance to win some Fairtrade chocolate goodies… and more importantly to help you win in May!

Our Knock for Choc campaign gives you the chance to win a delicious chocolate hamper by making a few extra doorstep or phone contacts in your local campaign!

The ward with the most contacts – on the doorstep and over the phone – during Fairtrade Fortnight wins the jackpot: a gift box from Fairtrade chocolatiers Green & Black’s.

We recommend you use this prize to enthuse your local team and give yourself the best chance of winning this May.

Good luck and get knocking!

You can tell us about your triumphs using this hashtag: #knockforchoc