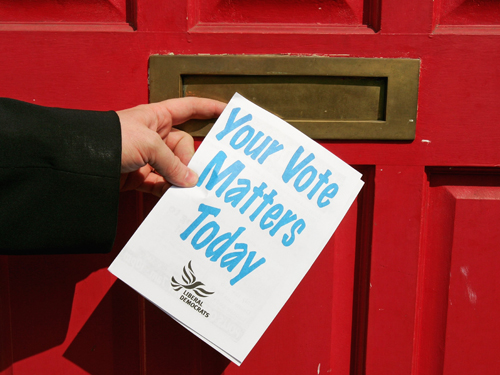 Three Rivers Council in Hertfordshire is one of a handful of Liberal Democrat controlled councils. That control depends on a vital by-election tomorrow.

The vote in Chorleywoord South and Maple Cross ward is to replace Ann Shaw OBE, the long-serving councillor and former Leader of Three Rivers, who sadly died on the 17th May. Ann was first elected in 1971 and served as leader of the council for an astonishing 30 years.

The council was closely balanced with Lib Dems on 20 seats, Conservatives 16 and Labour 3. A loss of Ann’s seat would mean losing that one seat majority. Locally, the team has fought a strong campaign but election fatigue amongst voters suggests there will be a low turnout. That means anything could happen.

Current Three Rivers’ Leader, Cllr Sara Bedford says: “The risk is that the committed Conservatives will vote and our voters won’t. We desperately need help with telephone knocking up on Thursday. It is especially important for us to get help during the day as that is when we need to get many of our voters out.”

The VPB codes to use will be posted in the ALDC Facebook Group during the day.