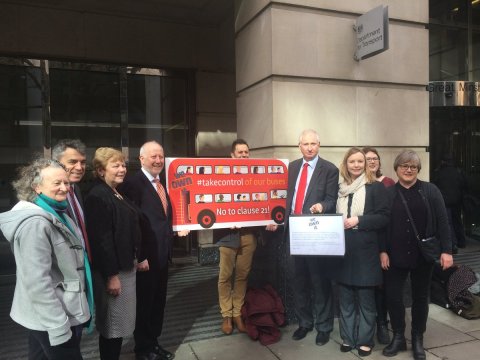 The government has confirmed that it wants to ban local authorities from setting up new public bus companies (in the Committee stage of the Bus Services Bill). This is despite the success of existing municipal bus companies like Reading Buses and Nottingham City Transport.

Earlier this month, the We Own It campaigning organisation handed in a petition against the ban, signed by over 21,000 people and supported by Baroness Randerson, Liberal Democrat Shadow Secretary of State for Transport.

Find out more about the campaign, including how you can support it.