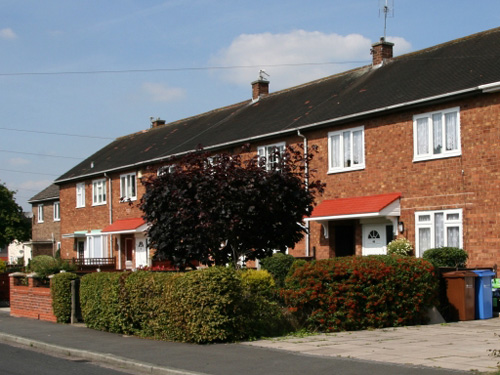 This is a Government Bill that began in the House of Commons on 13 October 2015 and received Royal Assent on 12 May 2016.

The Act aims to boost home ownership by extending the Right to Buy to Housing Associations and introduces ‘starter homes’ for first-time buyers. It introduces ‘Pay to Stay’, ends lifetime council tenancies and requires the sale of vacant high-value council homes. It will create a database of rogue landlords and a register of brownfield land ready for use.

The text of the final Act can be read at –

Replacing council homes: All higher-value council homes sold off in order to fund the Right to Buy extension will be replaced on a one-for-one basis; this has been written into the Bill.

Protecting vulnerable tenants from wrongful evictions: Landlords will be legally required to check with the deposit payer for their property before declaring it abandoned by a tenant. In the cases of the most vulnerable tenants, this is likely to be a local authority or charity.

Extending secure tenancies: Instead of new council tenancies being a maximum of only five years, Liberal Democrats ensured local authorities were given discretion to extend them to a maximum of 10 years. In addition, if a child aged under nine years of age will live in the house, the tenancy can be granted for the number of years until that child turns 19. Under these new fixed term tenancies, local authorities will have the power to renew the tenancy when it expires.

Making Pay to Stay fairer: Instead of families in council homes being charged market rent as soon as they hit a certain income threshold, there is now a taper to avoid disincentives to taking on more work or a promotion.

Safer renting: There will be mandatory electrical safety checks that landlords must adhere to for their rental properties, making them safer for tenants.

A fairer approach to starter homes: Liberal Democrats argued for greater protections from starter homes ending up in the hands of investor buyers. We believe that Starter Homes must be sold to genuine first-time buyers. The Government has agreed to restrict the sale of Starter Homes by requiring the seller to make a payment upon sale to either the Secretary of State, a planning authority or any other person. The payment or discount amount will be decided according to the length of time spent in the home since it was first sold. These timescales are currently being consulted on (May 2016) and are set to be defined under new regulations from the Government once this consultation has ended.

Protecting social housing: Although we committed the Government to replacing homes on a one for one basis (two for one in London), they refused to commit to replace homes which local authorities had identified as being needed for their area, which could include a different tenure, including starter homes.

Giving local authorities more control: We fought for Pay to Stay to be discretionary not mandatory, so local representatives can act in the best interest of local people, and for discretion on how to spend the funds from the sale of high-value council homes.

Making new homes greener: We campaigned to re-introduce carbon compliance regulations (Zero Carbon Homes) which would have brought down energy bills and helped in the fight against climate change.

Raising the threshold of Pay to Stay: We sought to increase the thresholds for Pay to Stay, because a household earning £31k outside London (and £40k inside London) should not be considered a high income family.

Protecting new homes from flooding: We wanted stronger protections for new homes against flooding by introducing a legal requirement for developers to include sustainable drainage systems, even on small developments, to help avoid localised flooding.

Giving local communities a stronger voice: We campaigned for a community Right of Appeal, so that local people can appeal if their local authority makes a decision against their local Neighbourhood Plan.