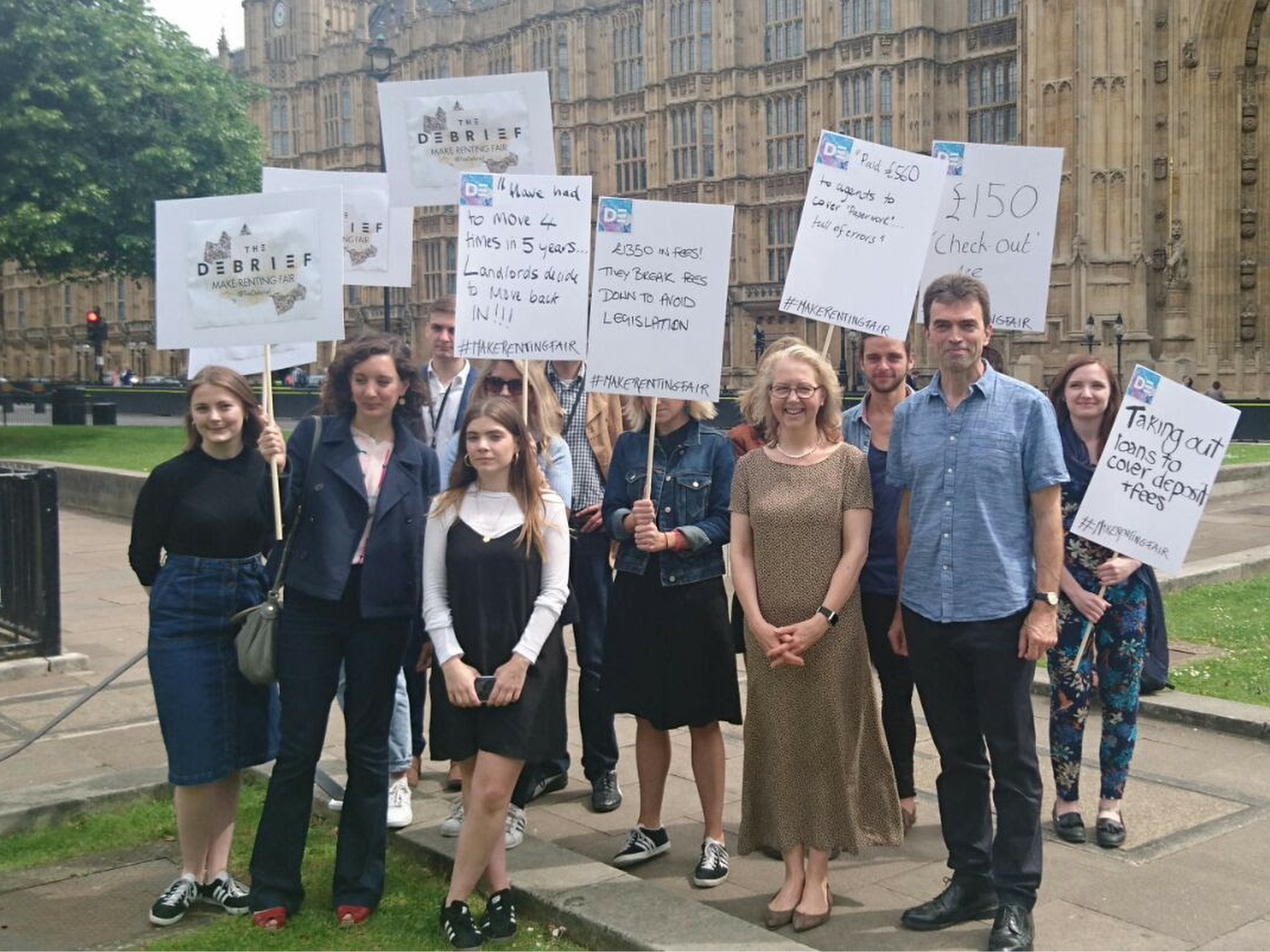 The Liberal Democrats are pressing the Government to ban letting agency fees and clamp down on rogue landlords in a Private Members Bill that is currently going through the House of Lords.

The Bill, which is supported by Generation Rent and The Debrief’s “Make Renting Fair” campaign, has passed its second reading and proposes to:

“Agents often levy letting fees on tenants for things which should be paid by the landlord.

“They can be charged registration fees, credit check fees, reference check fees, renewal fees, name change fees, exit fees… the list goes on. Almost all of them arbitrary and disproportionate. Yet tenants are powerless to do much about it.

“There is a huge amount of support for reforming renting and banning fees, but the people who still need convincing are those on the Government benches. It is time for them to recognise the pro-consumer case for taking action, start championing renters and stop rip-off fees once and for all.”

“The only option for many people is to go into the private rented sector and it is so important that they get a fair deal. This bill will tackle abuses of power by poor landlords and will also support responsible landlords”.

ALDC  have written a few templates for you to use and campaign on this important issue, which can be seen here.