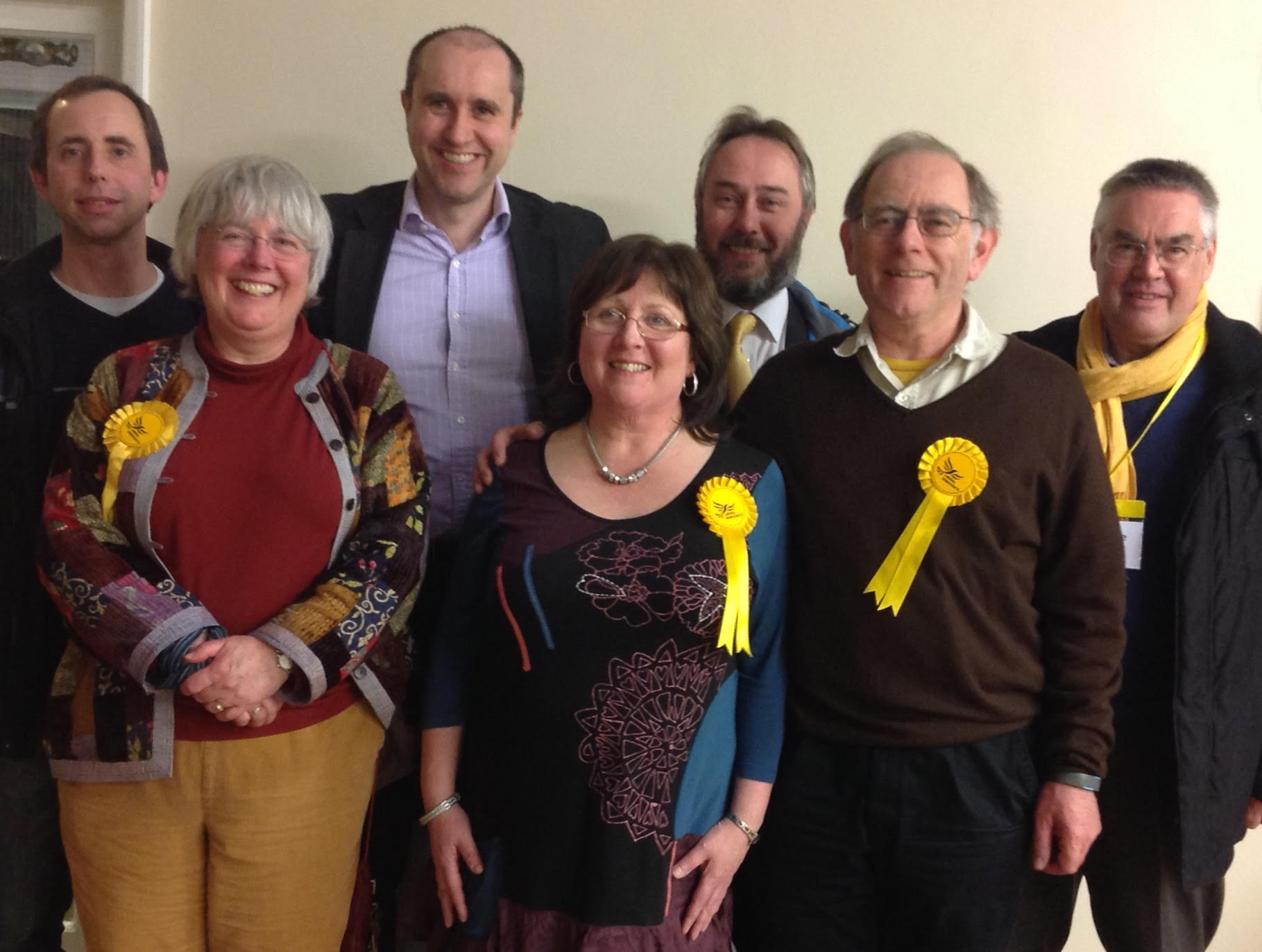 As an ALDC member you won’t have failed to notice that we have seen some spectacular by-election wins recently.  Even in by-elections we’re not fully contesting we are seeing an upswing in our vote.

ALDC member John Grout has crunched the numbers and found that:

This year, up to February 19th, Britain Elects calculated that Lib Dems stood in 17 first and second-tier council by-elections across the country where the party had contested the seat last time around – fewer than the Conservatives or Labour (26 and 21 respectively), but half again more than UKIP (11).  However we were the only ones with a positive average swing – +4.2%, versus average swings of -0.97% for Labour, -1.26% for the Conservatives, and a wince-inducing -8.06% for UKIP.

Since then, by my count, we have stood candidates in ten out of thirteen by-elections, gaining two, holding two, losing none.  Seven were in wards where Lib Dems stood last time – these averaged a +11.73% swing (the only fall was in Whissendine (Rutland), where we were the prohibitive winners with 65.1% of the vote, despite a -0.7% swing).

We have been supporting a lot of these local by-election campaigns, through support from our team of Development Officers and through our by-election phone bank.

We are now stepping up our support for by-elections with the publication of our By-election Toolkit, available here.

The Toolkit aims to provide basic guidance on how to approach a local by-election campaign, gives links to the various resources ALDC provides to help you fight and takes you through the process of deciding how hard to fight.

I want to focus on some of the things you can get out of a by-election, even if you judge that it isn’t one we can win this time.

The key is to think longer term. Don’t just focus on the result this time, but look at the things you can do to build for the future.

Many of the wards we now hold were first fought in local by-elections that we didn’t win at the time.

Five things to focus on:

By-elections are a great opportunity to test new ideas and train people up.  You could try out different forms of literature, using Connect in different ways, using a Connect Virtual Phone Bank (VPB) or to get canvassers to switch to using MiniVAN.  You could try out doing some campaign emails or Facebook advertising if you haven’t used them before.  Or, in line with point 5 below, use it as an opportunity to run a full on Postal Vote campaign.

Once you have started to identify some support don’t be shy of asking them to do something to help.  Even fairly small by-election campaigns can result in more members, deliverers and poster sites. This builds capacity for future campaigning.

Use surveys, petitions and door to door canvassing to gather as many email addresses as possible.  This then gives you a group of people you can continue to communicate with in return for very little effort, and while you are still building delivery networks etc.

If resources are limited do concentrate on Postal Voters.  The turnout of Postal Voters can be up to five times higher than of other voters in a local by-election.  by concentrating your canvassing and target literature on them you will have a disproportionate impact on the result.  You will also then have a higher level of data on group of voters who consistently vote.  By attending the Postal Vote openings you may also be able to get an idea of how the campaign is going to inform your decisions about how much effort to put in to the latter part of the campaign.

So, whether you think you can win a by-election or not, there are huge benefits to running a campaign and to use it to build your capacity for the longer term.

Excellent advice, which just anybody could implement.
It's so important to stress that almost any effort is better than none at all, and a Knock & Drop in two streets can be the start of something big, over time.

Here in North Glasgow, we do have a by-election coinciding with Scottish Parliamentary elections on 5th May. Not expected, but it's up to us to fight it (again, after last August !)