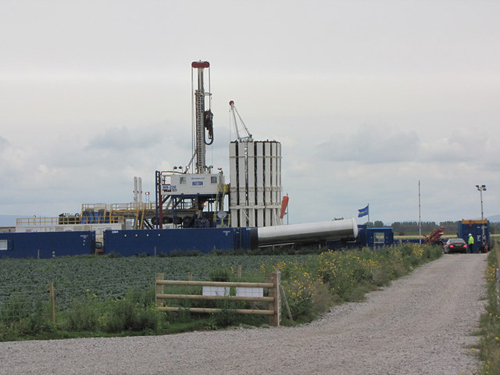 You may have been contacted by local groups opposing fracking asking for your support that such decisions should be made locally and for your support in writing to government ministers. A draft letter is attached that you may want to use to reply. Different Lib Dem councilllors may have differing views on what fracking would mean for their area, but this should be an issue for local decision making, not Whitehall diktat.

You may want to contact your local MP (and where you have a Conservative MP this can be an especially good opportunity to put the heat on them!)

Contact details for the Secretaries of State, should you want to write, are as follows:

I am concerned that fracking operations pose potential local environmental risks to groundwater quality, from waste and air emissions, to health and biodiversity and to the geological integrity of the areas involved. These are risks likely to be exacerbated by the Conservative government’s cost-cutting and deregulatory approach to compliance with environmental standards.

I believe any developments of fracking could also have severe implications for residents, from even greater congestion on local roads to issues with their property. There would be serious questions to answer over any planning application for fracking – both in the interests of residents and the wider global implications.

There are alternatives to fracking such as clean renewable sources of energy: wind, tidal, solar and geothermal energy.

In addition, local Lib Dems are alarmed by the Tory government’s premature withdrawal of support for the renewable industries that is now undermining the UK’s climate change commitments which we signed up to in December 2015. The Conservatives support for fracking also undermines investment in renewable energy.

The Conservatives in government have unravelled the Lib Dems’ good work and we are now seeing cuts to solar and wind subsidies, as well as ending the Green Deal and abolishing Zero Carbon Homes making a mockery of Britain’s environment targets. We call for more action to meet our agreed UK targets at the global Climate Change Treaty at the UN in Paris.

I am also pleased that nationally, the Liberal Democrats will be discussing a motion [which I shall be supporting] at our conference in York next month to further oppose the government’s moves on fracking. And for information, pasted below is the motion passed at last year’s Lib Dem Conference on both fracking and renewables.

ALDC members can download the following document from our File Library:

If you are not yet a member of ALDC, and would like full access to the resources and support available to members, you can find out more and join us at the discounted rate of £3.41 per month, here.