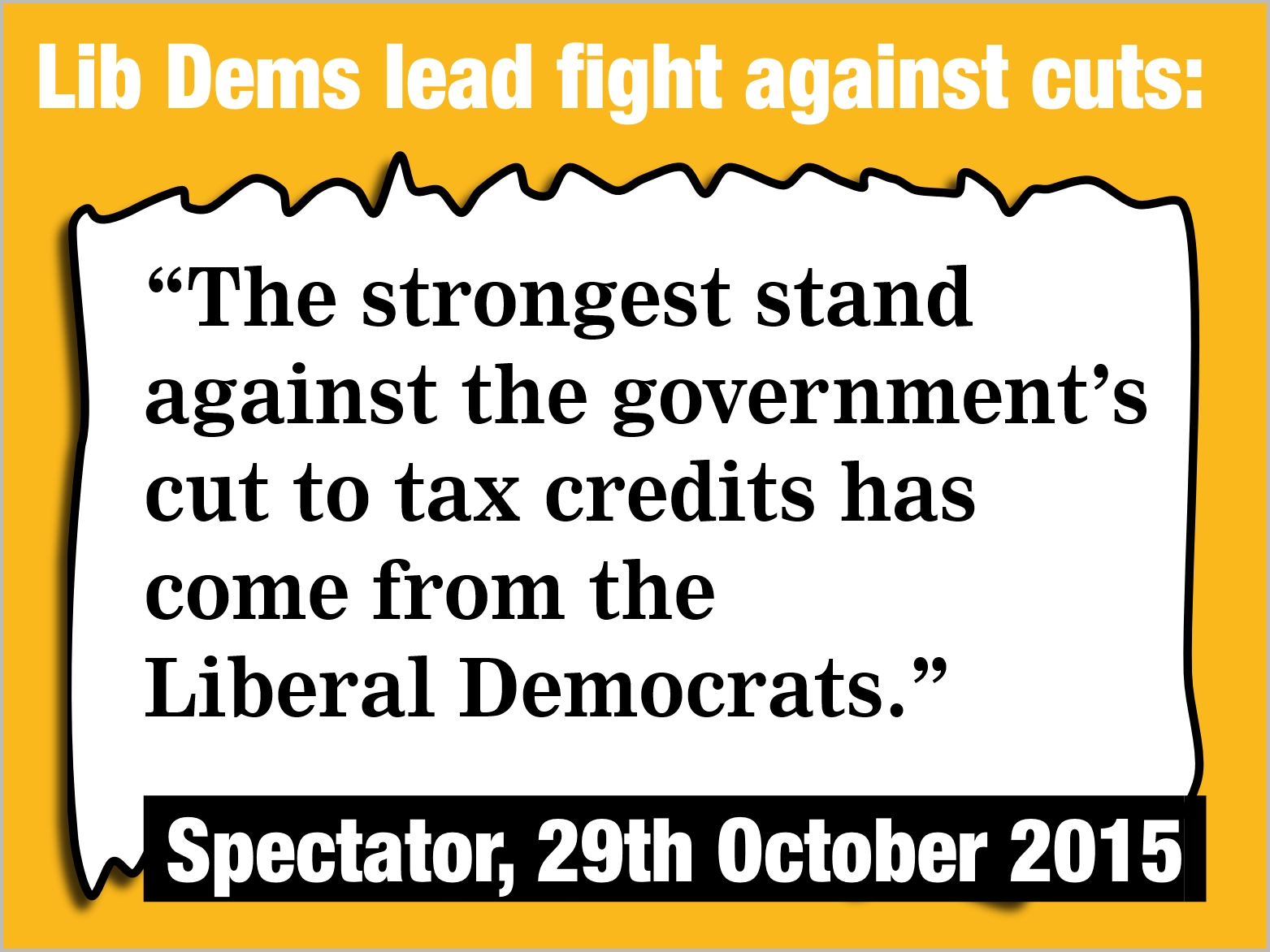 Late last year the Liberal Democrats in Parliament scored a huge victory when pressure from our MPs and peers helped to force George Osborne to r-think his plans to cut tax credits, whilst Labour only proposed delays.

Sadly, despite Osborne’s claimed U-turn in his Autumn Statement, the Conservatives are still pressing ahead with cuts to Universal Credit from 2017. These cuts would see new claimants, or those who move home, losing an average of £1,080 a year.