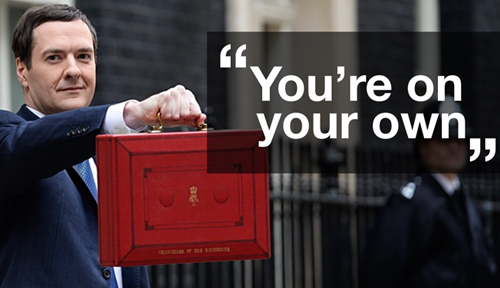 The 2016 Local Government Finance Settlement has been announced, and we have immediate reaction from Lib Dem HQ and the LGA Liberal Democrat Group. More details and campaigning materials for ALDC members to follow.

“It is absurd for the Government to say that they want to increase powers for councils, while at the same time slashing their funding by almost seven percent.

“Not only has the Secretary of State announced devastating cuts, but the extra money for adult social care – arguably the biggest challenge facing councils – does not go far enough.

“The social care precept will raise less than a third of what is needed for social care by 2020. It shows the Government is simply not taking the scale of the challenge to councils seriously.

“Liberal Democrats are champions of localism and we know the way to empower councils is to ensure they have enough money to deliver the high quality services.”

“Following this announcement it will be another very bleak Christmas for Local Government and the millions of people who rely on its services.

“By slashing Councils funding yet again, we are seeing death by a thousand cuts to services for some of the most vulnerable people in our communities. Local government services have already began to wither away as social care and children’s services pressures swallow up more and more of Councils budgets, leaving little for anything else.

“The Government has made yet again a big song and dance about the “extra flexibility “ it has given Councils to raise Council tax to cover these additional and raising cost, but it is all smoke and mirrors. That flexibility will raise less than a quarter of what is need alone for social care leaving a massive funding gap in social care of £6 billion by 2020”

“Giving councils the option to fix longer-term funding settlements is hugely significant. The LGA has long-argued that it is crucial for councils to be able to plan ahead for more than 12 months at a time. This is an important step towards the financial certainty councils need to run important local services to the high standard our residents deserve and will allow councils to review the level of financial reserves they need to hold.

“Greg Clark has responded to our call for greater flexibility for councils in setting council tax levels. This will give local authorities the power to raise extra money to offset some of the impact of the financial pressures they face next year. Councils will be able to raise council tax by up to an additional 2 per cent to help tackle local social care funding pressures. The settlement recognises the varying impact of these measures across the country in the way it distributes the remaining government grant to councils and we’re also pleased that our call for low-taxing councils to be able to raise a minimum of £5 extra per household per year has been agreed. Both measures are for the lifetime of this Parliament.

“Despite receiving a flat-cash settlement over the next four years, there are still significant challenges ahead for councils who will have to make efficiency and other savings sufficient enough to compensate for any additional cost pressures they face. These include those arising from general inflation, cost pressures in the care sector, increases in the number of adults and children needing support and rising levels of need, increases in demand for everyday services as the population grows and pressure on homelessness budgets and increases in core costs such as national insurance, the National Living Wage and pension contributions.

“Our spotlight on social care funding pressures has been acknowledged, but councils remain concerned that they won’t see the benefit of the £1.5 billion extra investment in social care until the end of the decade. Services caring for our elderly and vulnerable people are under pressure now.

“Having increased certainty over resources for more than one year will enable longer term planning, especially as 2016/17 looks set to be the toughest year of this four year Spending Review period for local services. While councils will strive to limit the impact on local communities they will face tough decisions about how to keep providing the hundreds of vital services which communities value and rely on to go about their daily lives, from keeping streets lit and clean to caring for our vulnerable children and adults.

“Today’s settlement has also proposed radical changes to the way council services are funded in the medium term. It’s vital that government continues to work closely with us to ensure the views of all councils are heard and understood in order to deliver sustainable financing of local government services.”

Initial analysis by the Local Government Association, which represents more than 370 councils in England and Wales, shows that:

A link to the full LGA briefing can be found here