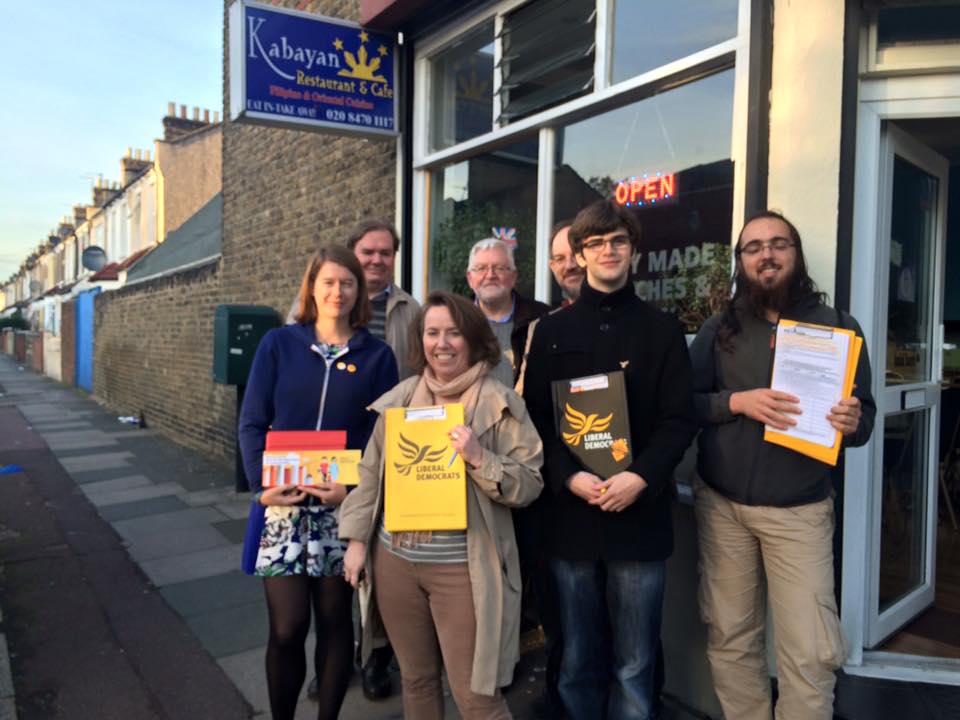 Like many ALDC members I do like to study the entrails of local by-elections and to pick up useful lessons from them.

Last week we had a tremendous result in the South Smallburgh county division in Norfolk and we are currently fighting a very spirited campaign in Boleyn Ward in the London Borough of Newham.

The contrast between the two couldn’t be more different.  The first is a large rural division on the Norfolk coast within Norman Lamb’s North Norfolk constituency which we’ve held since 2009.  The second is an urban inner London ward which we haven’t contested since it was created, and where our chances of winning can be described as ‘slim’.

But both campaigns do share some key approaches to their campaigns, with these three standing out:

1  Clear objectives – and a plan to achieve them.

In Norfolk our aim was to hold the seat with a convincing majority.  The plan was built around selecting a strong candidate, clear messages about the Tory threat to local services, and simple messages aimed at persuading the ‘soft’ voters from all sides and turning our vote out.

In Newham our aims are to raise the profile of our Assembly and Mayoral candidates (Elaine Bagshaw and Caroline Pigeon) ahead of the 2016 election, build skills and confidence in the newly established but keen local party, gather as much data as possible, on issues as well as voting intention, get some people into the habit of voting for us and to test some key messages before the run up to May.

2  A strong emphasis on making it easy for volunteers to help.

In Newham they have put a huge effort into encouraging new members and old to come and help.  They have made it fun and easy to help.  They’ve introduced people to canvassing and to Connect, with simple briefings to get people started.  The result has been a huge level of voter contact and a mass of new data.  They have also raised more than £800 via email and Facebook which has paid for the whole campaign.

In Norfolk they used a private Facebook group and email to keep in touch with volunteers.  They always met in the same place and at the same time every Saturday so that people knew they could just turn up.  (Other sessions were run too!)  They provided simple canvassing briefing sheets and made sure canvass packs were always properly made up.

One of the key reasons we won so well in Norfolk was because we listened carefully to feedback from voters and adjusted our campaign accordingly.  It became clear that the Tory message about stopping ‘Corbyn’s Labour’ from running the County was starting to resonate.  In response we beefed up our message about Tory cuts and put even more effort into making sure the non-Tory vote turned out for us.  We didn’t repeat their message but we did play to our strengths.

In Newham they are putting a huge emphasis on having very genuine conversations on the doorstep about each person’s priorities and issues before asking them to complete our simple survey.  One result of this is that the team have already gathered more than 500 email addresses in the ward.

These are useful lessons for any election campaign.

For me the most important lesson is that it is important to be very clear about what your objectives are and to plan a campaign to achieve those objectives.

The result in South Smallburgh was a convincing victory with an increased majority.

The result in Boleyn is yet to be seen, but, in my view, they’ve already achieved a lot.

South Smallburgh back of final A3 – PDF

With thanks to Elaine Bagshaw and Ed Maxfield for their help with this article.