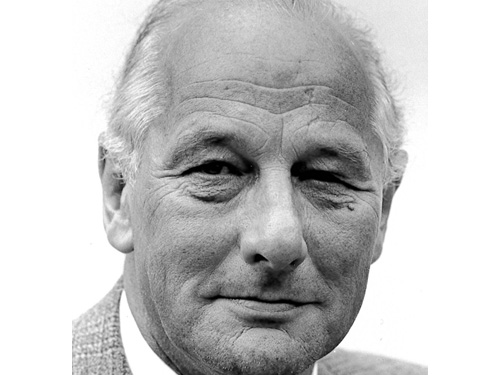 It is with great sadness that ALDC reports the passing of Alderman William Borrow of Preston, known to friends and colleagues as Bill, on Sunday 23rd March.

Bill Borrow joined the Liberal Party in 1945 and remained a member for the rest of his life. His distinguished record of party and public service began during the 1945 general election, and continued in local politics, initially in Carlisle in the 1950s. Bill won election to Preston City Council and served as councillor in Cadley ward for more than a decade. In July 2002, Bill’s service was honoured by his appointment as an Honorary Alderman of the City of Preston. Outside of politics, Bill was deeply involved in both his local community of Cadley and wider civic society, including serving as President of the Preston Opera.

Bill’s loss will be keenly felt throughout the city of Preston and our friends in the Preston Liberal Democrats. ALDC would like to send Bill’s family and friends our condolences at his passing and, on behalf of local Liberal Democrat councillors and campaigners across the country, our heartfelt thanks for his many years of exemplary public service and personal friendship.

Bill Borrow’s legacy will be one of real dedication to his local community and an honourable approach to politics and public life. He will be missed.
—
ALDC’s most recent correspondence with Bill was late last year, when he agreed to pen a short article for our Local Campaigner magazine on his long involvement with the party.

“From Coalition to Coalition” was published last November, is reproduced here and an electronic copy of the original piece has been made available for download.

The General Election of 1945 was a unique affair in that whilst voting took place on July 5th in most constituencies, others, where that date fell in the local traditional holiday week, went to the polls on the 12th.* The results were not declared until July 26th!

It was in 1944 as a 14 year old pupil at Carlisle Grammar School that I began to take an interest in politics. A coalition government of national unity had been charged with bringing the war to a successful conclusion, party politics had been set to one side and I knew that the Liberal leader, Sir Archibald Sinclair, held the prestigious role of Secretary of State for Air. Once hostilities in Europe ended Parliament was dissolved (it had sat for almost 10 years) and the General Election campaign got under way.

I was taken to hear Sir Archibald address a packed meeting in Carlisle supporting the Liberal MP for the neighbouring constituency, Wilfrid Roberts, and was so swept away by the enthusiasm that I was soon busily engaged in folding election addresses for the Carlisle candidate. The result of the election was a disaster for the Party and although Wilfrid Roberts held his seat Sir Archibald came third in his constituency though had he garnered another 62 votes he would topped the poll!

Nevertheless I became a paid up Party member on the date the results were declared and was soon involved in ’telling’ at polling stations for local elections and as a member of the Young Liberals. In those days local elections were always held in November.

By 1953 I was a candidate for the Carlisle Council though, as I had by then become a Civil Servant, I had to seek permission to stand. My departmental head told me in no uncertain terms that I had to choose between my career and politics. Although unsuccessful in my campaign I found myself contesting a by election in the same ward within three months, though again without success.

I had had my baptism of fire and subsequently undertook my political work on a relatively covert basis for the remainder of my working career and by retirement was living in Preston. I secured election to Preston Council in 1990 and was able to make a positive contribution until old age began to tell though I remained reasonably active until the Party was once more in Coalition, a coalition in which, of course, it had the numbers to exercise real influence.

And the highlights of almost 70 years of activity? One was to win the North West Young Liberal speaking competition in 1949, beating one Cyril Smith! I also recall a one to one conversation with Jo Grimond when he came to Carlisle to address a meeting in the early 60’s when he told me that one of his main concerns was that the best brains in the country were employed in finding ways in which to avoid paying tax – nothing has changed.

Notwithstanding my withdrawal from front line politics I still sit at the door of the polling station taking numbers – another procedure that remains unchanged.

*The availability of postal votes in those days was very restricted!

Thank you for a very touching tribute to my late father.

Thank you for a wonderful tribute to my late father.