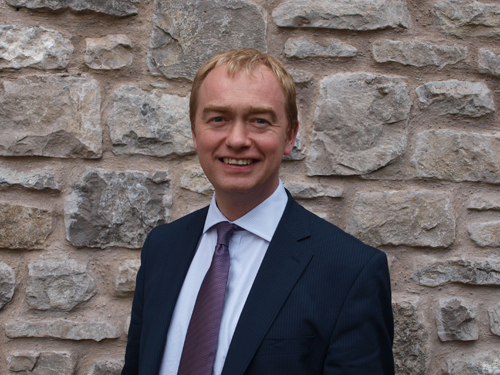 Firstly – I want to wish you and your family a happy new year! As we enter 2014, we are just four months away from both a European Election and local elections. Nick has asked me to chair the local election campaign and I agreed because of a couple of reasons. I believed we had to fight to on a positive platform. I thought we have to shout our successes, from town hall, to Whitehall to the European Parliament. But most importantly, I agreed to do the job because I think in this election our party’s biggest asset is you. Not Nick, not Vince, not me – it’s you.

You have the track record of action, the record of success and the community knowledge to get things done, which is why I want to make sure that the campaign gives the help, resources and support needed to deliver a campaign, throughout the UK that helps our party and delivers for our country.

I want our campaign to be positive and on the issues – I don’t want to hide away from Europe or our record. We need to embrace it, defend it and extol it. Let’s talk about how Liberal Democrats in Eastleigh are creating 500 new jobs at the Rose Bowl, how Liberal Democrats are investing in homes with the 200 new council houses being built in Portsmouth and 650 in Cambridge and how we are pressuring National Government to deliver new homes for people that need them. Up and down the country we have a record of action and a record of delivery – in the upcoming elections we will stand on that record: your record. In the run up to the election, I will be out there – knocking on doors with you and campaigning for the best result for our party.

One thing I will be telling people when I knock on their doors is that we are the party that will fight to build truly affordable homes in our communities and we can prove it. Since 2010 we’ve presided over the first net increase in social rented housing for over thirty years. That is something to be proud of (whilst reminding Labour of their shameful record when they were in power, following in Mrs Thatcher’s footsteps: http://blogs.spectator.co.uk/coffeehouse/2013/12/labour-are-planning-to-fail-future-generations-on-housing-and-they-know-it/ ). But we have to be honest with ourselves and accept that we are only at the start of delivering a liberal vision for housing. Thanks to Liberal Democrat pressure, councils have more power to become house builders once again after the Chancellor announced a limited relaxation of the caps on local authority borrowing to finance the construction of 10,000 new affordable social homes over the next four years.

It’s something, but it’s not ambitious enough in my view. We need government to do more and realise that local authorities need more levers to pull to kick start local growth. I and colleagues will keep fighting for true, sustainable localism and we need councils to champion the building of homes in communities.

And on this note, the Local Government Select Committee is holding a meeting with Eric Pickles on the 22th January and is inviting people to tweet them with questions using the hashtag #AskPickles – I’ll keep pressuring on him to prioritise housing and deliver localism but if you had a minute to tweet him too it could make a difference!

I’d love to hear from you about what your council is doing, your ideas or things you think we as a party could do differently please get in touch – you can email me at tim.farron@libdems.org.uk

Feeding Back Your Survey Results