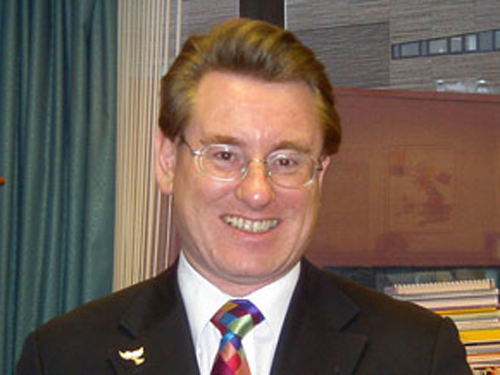 With growing pressure on local Councils to make efficiencies and to live within decreasing means, whilst at the same time preserving front-line services, one could be forgiven for thinking that Council Leaders and Cabinet Members need to be proven miracle workers before getting the job.

This is especially so when the local priorities they have been elected to deliver on are made more difficult by national directives dressed up as policy initiatives and when those initiatives are not properly funded.

Centralisation and control-freakery on the part of Welsh Ministers has been a common theme in these articles however the one c-word they fall down on is consistency. This is best illustrated by what happened in Cardiff recently over school reorganisation.

The Council’s view can be read at http://www.freedomcentral.org.uk/2010/06/our-kids-deserve-better-than-labour-ministers-using-schools-reorganisation-as-a-political-football.html but essentially the story amounts to Labour Ministers making it clear that they want local education authorities to remove excessive surplus places in schools, to modernise school buildings and to put in place provision to deal with the rise in demand for Welsh medium teaching, and then campaigning against proposals that affect their own area.

In Cardiff’s case a carefully crafted proposal that would have seen a reduction of surplus places in English medium primary schools in the west of the City and provided a solution to an overcrowded Welsh medium Primary School was vetoed by the First Minister despite the fact that it ticked all the boxes in terms of Welsh Government policy.

The Council, which is a coalition between Liberal Democrats and Plaid Cymru were left drawing the only possible conclusion that this was a political decision made by an Administration seeking to make capital at their expense.  As Council Leader, Rodney Berman says:

‘On the face if it, the First Minister’s decision makes little sense until you take into consideration that throughout the process of taking the proposal forward in the last few years, local Labour representatives have fought it tooth and nail in what could be perceived as a wholly hypocritical campaign that has flown in the face of policies their own party has put in place. Indeed the local Labour Assembly Member in this case is none other than Rhodri Morgan himself. Whilst he was still First Minister he attended a protest meeting at the English-medium primary school proposed for closure, telling parents:

“I can see from the amount of people here, you’ve not come for a tickling contest as they say, and there’s strong opposition to the proposals. It’s the job of me, as your AM, to progress that case and I will do that to the best of my ability.”

So now, with his successor as First Minister rejecting the proposals over two years later, I can’t help but wonder if the whole thing has been some sort of set-up in a desperate move designed to piggy-back on a Labour campaign simply in order to benefit the local electoral fortunes of the Labour Party.’

This is not the first time that this has happened, especially with regards to Welsh Medium education. In Swansea local Labour Councillors campaigned hard and long against a new Welsh Medium Primary School being built by a Liberal Democrat-led Administration. As it happens all their fears and those of local residents have proven to be ill-founded. But as a result of their campaign the Minister arbitrarily reduced the size of the school and has so far failed to provide the evidence on which she made her decision, despite Freedom of Information requests.

Ministers cannot have it both ways. They should not be able to intervene to veto important reorganisation plans that have taken years and tens of thousands of pounds to draw up and put in place whilst at the same time advocating views and policies that are diametrically opposed to their actions.

What is even more galling is that even routine decisions hang around in Government offices awaiting a decision for months on end whilst councillors, officers, parents, teachers and governors sit in limbo.

Wales is a small place and has benefited immensely from the openness and transparency that devolution has brought to it. However, its smallness and the ready accessibility of its Assembly politicians means that we are particularly susceptible to public pressure and lobbying. Thus when it comes to the crunch the difficult decisions that need to be made are often finessed or avoided altogether.

This is something that local government has come to terms with and Councillors now are delivering on hard choices. However, Assembly Ministers who have the luxury of not needing to deal with the consequences of their actions are getting off scot-free. That has to change or the whole devolution project will suffer and ultimately fail.