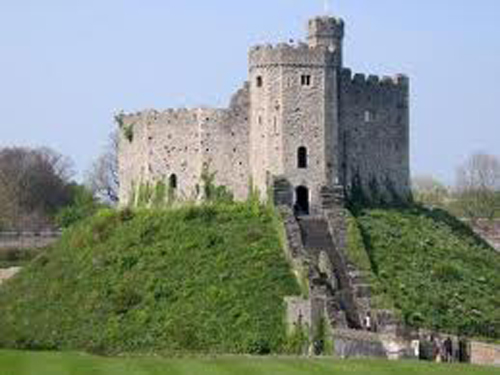 Budgets have been set, Council Tax bills have gone out, Council officers are evaluating how they will be delivering services in the current financial year, whilst Councillors and other politicians continue to squabble over some of the very difficult decisions that have needed to be made to make the books balance.

A quick web search reveals a scene of such devastation that one would be forgiven for thinking that the public sector is on the verge of collapse. Nothing could be further from the truth, but what is clear is that the very deep cuts that many Councils have made in the current financial year appear to be just the start of what seems to be local government retrenchment.

As BBC Wales reported, with one in four workers in Wales employed in the public sector the impact of projected budgets cuts could see devastation on a scale not seen since the Thatcher years. Their worse case scenario is that about a third of Council jobs may go. The Welsh Local Government Association (WLGA) has described this as the most difficult financial period in 50 years. They have forecast that 2,000 to 4,000 council jobs could go, with some over the next three to four years.

This will impact regardless of political control. In Labour-led Rhondda Cynon Taf the Council is trying to save £6m by cutting Leisure Centre opening times and public transport. Conservative-led Newport is being forced to make £9m of savings, Independent-Plaid Cymru Anglesey is cutting £10m and there is a reported threat to day care centres, whilst in Conwy their worst case scenario is £6.095m of savings in the 2011/12 financial year, £8.15m of savings in 2012/13 and £10.55m in 2013/14.

Plaid Cymru-led Caerphilly Council has a £25m savings target by 2015, whilst in Liberal Democrat-led Swansea, the Council has invested £10 million in Social Services at the cost of cutting back on schools. They are now in the position of having to manage teacher redundancies so as to minimise the impact on the chalk face. Swansea had to save £17m this year and projects losing hundreds of posts over the next few years.

Many will say that all of this is inevitable in a situation where Britain is in debt and severe budget cuts are going to be the order of the day for years to come. They may be right. Some see it as an opportunity to play games. The Education Minister’s response to Swansea’s budget for example has been to write to the Council to demand an explanation. In return he is being pointed to the lack of investment in education in Wales as compared to England. Here we are being funded at £527 per pupil less than over the border.

The Minister suggests that if Swansea repeats this next year then he will personally intervene. Meanwhile, one of his colleagues, the Deputy Minister for Social Services is rightly insisting that we invest in children’s services. Neither is offering to increase the pot of money available to the Council.

In the case of the Education Minister at least, a startling new agenda for public services is being unveiled – micro management from the centre irrespective of what the local electorate or the accountable local councillors want.

I would argue that some of the problem faced by Councils in reconciling budgets is structural, the rest comes down to a failure to plan for the years of drought during a time of plenty.

Up to 80% of a Council’s income comes directly from central government grant. Of the remaining 20%, a significant proportion is made up of local fees and charges. As a result the impact of a Council Tax increase is very limited whilst local authorities are peculiarly vulnerable to national trends in expenditure. To start making a difference to the budget Councils would need to be raising their tax levels well above the 5% cap the Welsh Government annually imposes on them.

When we look at expenditure too, there are significant issues. At least half of all Council’s expenditure will go on education. The next significant chunk will be for social services, with spending on highways and leisure trailing behind. The scope for savings without hitting front-line services becomes more difficult the more we cut.

There are of course possibilities that money can be saved by restructuring the way that Councils are run, or even by reducing the number of Councils and achieving economies of scale in that way. Councils could collaborate with other public sector bodies in their area to merge back-office systems for example. The problem is that this has been Welsh Government policy for some time and to a large extent it has not been happening, not least because there needs to be an initial investment to get it off the ground and nobody wants to relinquish control.

Councils also need to look at methods of working. Are they getting value for money out of the way they deploy staff? Are there still restrictive practices that can be got rid of? None of this is very attractive but the alternative is redundancies. Many still do not get this reality and are resisting even this sort of change.

Should Councils really be delivering all their services themselves? There is already a long history of local government using private contractors to repair roads, collect refuse, build and repair schools and council buildings. Is there scope to do more? It does not have to amount to privatisation if it is done correctly.

Can Councils really afford for example to deliver residential homes to today’s exacting standards when for example an arms-length trust could do it better? Can they afford to ignore the savings in VAT by letting a similar company run its leisure buildings?  If we do not start to question long-held assumptions about the way that Council services are delivered then we will have none left worth having. All of this takes time and is not without considerable pain. It is though an essential investment in the future of public services.

The biggest crisis facing most Welsh Councils is the cost of modernisation and repair of their existing facilities to bring them up to current health and safety standards. Whether it is schools, old people’s homes, children’s homes, Council offices or roads and street lamps, our infrastructure is rotting around us and there is not enough money to put it right. That sort of investment is becoming urgent and all Councils are having to innovate and cut back on favoured projects to find ways around it.

Of course the bigger structural change has to come in the way that Council’s are financed. The Liberal Democrats have long made the case to replace the unfair Council Tax with one based on people’s ability to pay. If that is a local income tax then at least we can then make some sort of adjustment to ensure more money is collected locally without impacting on people’s pockets. You would for example reduce income tax by a penny and put that penny on local income tax instead. The result would be revenue neutral but redress the funding imbalance.

If Business Rates are to stay then they too should be localised again. This would mean that Councils could keep all the income generated in their area and give them an incentive to improve the take by attracting more businesses or building up the value of existing companies.

None of these revenue-side reforms will actually give more money to local Councils but it will put them more in control of their own destiny and enable them to act more fairly in the way that they tax their local electorate. In the current climate that must be a good thing.