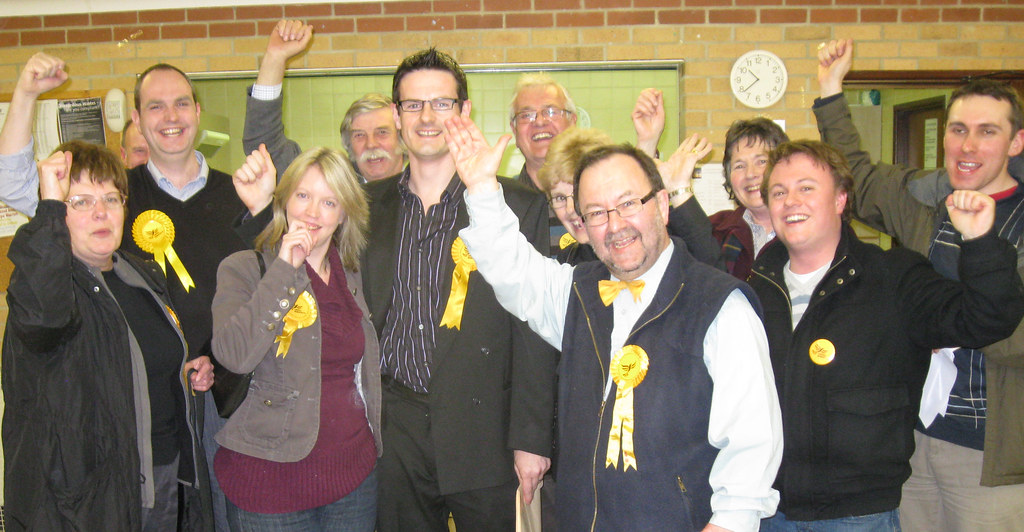 March 18th saw two notable anniversaries in the annals of democracy.  Firstly, the world celebrated eighteen years since the watershed referendum that voted to end the system of apartheid across South Africa.  In a longer lens, it was also the anniversary of the declaration of the Paris Commune in 1871, an event that gave the Western world a working model of delegative democracy, and a parliamentary recall function similar to our own proposals for errant M.P.’s – let us hope 1980s synth-pop band The Communards (‘Don’t Leave Me This Way’) cease to remain its most recognised cultural echo!

Back in modern-day Britain, there were only two principal by-election results to report on, the Taverham North ward of Broadland District Council and Gravesham Borough Council’s Meopham South and Vigo ward.  Whilst the Tories held the latter quite handily, it is our pleasure to report a Lib Dem gain at Tory expense in Taverham.  There were no Town or Parish Council by-elections reported to ALDC this week.

Currently a part of the Norwich North constituency, the Taverham North ward of Broadland D.C. will be part of the new Broadland parliamentary constituency from 2010.  Former Councillor, grassroots activist and renowned political blogger Nich Starling successfully took the seat from a local Tory party whose candidates and councillors were reportedly rarely seen in the wards.  Using touchstone local issues such as bad road conditions in the ward, scepticism toward some aspects of the under-development ‘eco-town’ at Rackheath, and the Northern Distributor Road being built in the teeth of widespread opposition, the Liberal Democrat campaign in Taversham chimed with the values of voters on the doorstep and reaped the rewards at the polls.  Nich’s excellent blog is located at www.norfolkblogger.blogspot.com.

In Meopham South and Vigo, the Conservatives retained their council seat with close to 60% of the vote, with second place coming almost 400 votes behind.  An insurgent UKIP took 14% of the vote, making it to second place on their first attempt.  Both the Liberal Democrat candidate Ann O’Brien and the Labour candidate were eight votes shy of the UKIP total, the Lib Dem share of the vote was 13% on a seat that went uncontested by us last time around.

Make sure that you don’t leave it to the last minute to get your nomination papers in.  If you leave it too late then there won’t be time to fix any mistakes and you won’t be able to stand.  Comprehensive guidance for ALDC members can be found here.