There were six principal council elections held on the 18th February. Labour held one seat and the Tories two. We lost two seats to Labour but gained one from the Tories There were four Town and Parish Council results reported to ALDC. A Tory hold, two Lib Dem holds and a Lib Dem gain from Plaid.
In the Pendre Ward of Bridgend Council in Wales we managed to lose to Labour by just seven votes having won the seat by seven votes just two years ago. We ran a good literature and doorstep campaign but we needed to use the phone before and on polling day. In retrospect the campaign must be kicking themselves for only starting to knock up at 3pm. When we won by seven in 2008 it was a straight fight between us and Labour. This time, as is usual in by-elections, a wider range of parties stood. With four non-Labour candidates to choose from, first past the post allowed the anti-Labour vote to be split.
Leeds City Council is run by a joint Con/Lib Dem administration. In the Hyde Park and Woodhouse Ward we ran a very intensive campaign with plenty of help but we were defeated by a uniformly negative Labour campaign attacking the administration. We weren’t helped by an existing councillor in the ward who had been elected as a Lib Dem defecting to Labour in the final week of the campaign.  Though the turnout was low it was not untypical of the ward, which is part student part social housing.  The bin strike and the closure of a local school did not help. 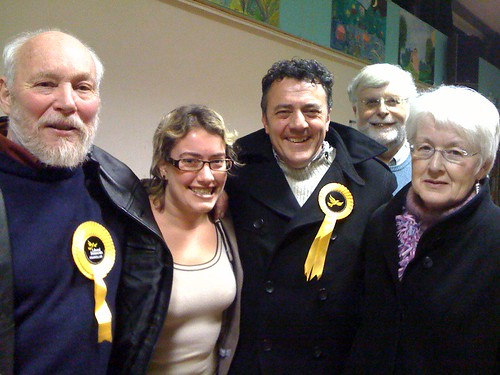 In the Ivybridge Filham by-election for South Hams District Council in Devon we took a seat from the Tories. It may have been complacency from the Tories – or perhaps their activity was largely covert using direct mail and phoning – but our people reckon the Tories only did one leaflet and hardly any door knocking. We did an A4, an A3, blue letter, eve of poll, good morning leaflets. We phoned every house in the ward and knocked on every door in the ward and on polling day we knocked up every D and P at least three times.
Sadly I have to report another seat we were defending where we failed to stand a candidate! Birstall Watermead Ward of Charnwood Borough Council in Leicestershire.