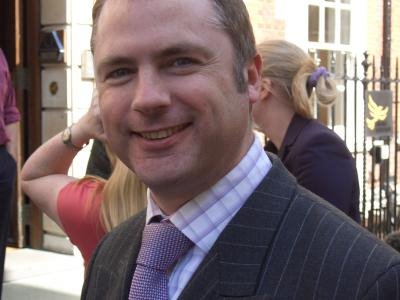 I was in the bizarre situation yesterday of walking to a meeting in the morning in Gateshead because it was quicker that using any vehicle on the roads. I was supposed to be in Gateshead at 9am. I am taking part in a health promotion drive with other councillors and it starts with a health check. That was my 9am meeting. The bus I got from Sunniside took me as far as the Teams when I decided that the traffic was so congested it was time to put my legs into action and walk the rest of the route. The last I saw of the bus was when I got to the end of the Redheugh Bridge. I could see it in the distance, barely moved from the bus stop where I had decided to get off.

I was of course late by then. Arrival time was not helped by my turning up at completely the wrong place for the health check. For some reaon I have St Mary’s visitor centre next to the Tyne Bridge as the venue. People there knew nothing about it. A phone call to the Civic Centre and I discovered it was meant to be in the Old Town Hall. Fortunately not too far to walk but I was now running very late. The health check was rushed through so I could get to a 10am meeting in the Civic Centre. For any political opponents hoping the health check showed me at death’s door, I am sorry to disappoint them. Apart from a need to marginally reduce my waistline, I am in fine health, ready to do battle!

The reason for the visit to the Civic Centre was to attend planning committee and represent Councillor Peter Maughan who was opposing a planning application to build a house on the old farm on Whickham Highway. Peter had been called away on business so he kindly offered the task to me! Such was the ferocity of my argument and the skill with which I presented Peter’s case opposing the application in such a superbly convincing way that the application was agreed unanimously!

Back home for a bit of news release writing. And for the foodies amongst you, I also plucked and gutted a pheasant, given to us by one of the other allotment holders. A few jars of homemade jam and chutney will be winging their way to him shortly.

Having ripped the innards out of this formerly feathered friend, I was in the mood to head back to Gateshead Civic Centre for some politics and a group meeting to decide on motions for council next week. I had a vague idea about a motion about holding general election counts on the day after polling day, following the “vile” claims by Labour chief bruiser Nick Brown MP that suggested the Lib Dems are politically corrupt. But

my idea was as popular in the group as Gordon Brown is at a Labour love-in so I didn’t push it. Given that it was barely a twinkle in my eye, never mind a fully formulated motion, I didn’t feel I had wasted any time on it. We opted instead for a motion on the impact of the recent winter weather.

After the group, I went along the corridor to the Gateshead Lib Dem executive meeting and gave my media and communications report. Mention was made of the coverage I got on the non-demolition of the Gateshead Multi-Storey Car Park (known for its starring role on the Michael Caine classic “Get Carter”). This same coverage had ruffled one or two feathers amongst some Labour members, one of whom before Christmas had made a passing remark to me in a corridor in the Civic Centre. At least then I was only ruffling feathers, not plucking them!

My day ended back home when we decied to watch the 2nd dvd of “Victorian Farm” which included a bit about pheasant shooting and cooking. Ideas have now been generated for forthcoming dinners!

Winning in 2021: Building your campaign team