The first ever “Campaigner Awards” were given by ALDC at their Annual Meeting in Bournemouth in late September. The event was kindly sponsored by Midshires and Riso, with the awards including five categories with the winning local parties getting a £100, and an overall winner with the local party receiving £500.

Many thanks to everyone who entered! Artwork (where appropriate) from all the winning entries will be available to download over the coming weeks for ALDC members (in the Campaigner: Best Practice) section. 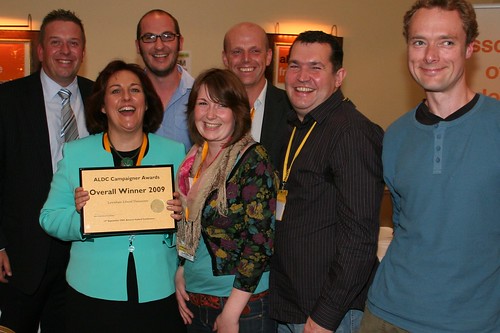 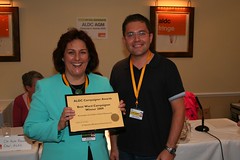 Colville Ward was gained in a July by-election giving us our first seat in the council, with campaigning organised by Robin Meltzer and with Carol Caruana as candidate.

Commended – Hardwick county division of Cambridgeshire, with campaigning organised by Martin Land and with Cllr Fiona Whelan as candidate. 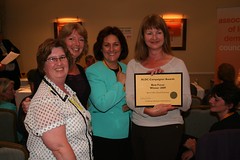 Catherington county division in Hampshire was gained by Sam Payne from the Conservatives, with a solid campaign by Andy Chatfield, Liz Leffman, Elaine Woodard and Sam Newman McKie. 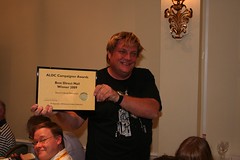 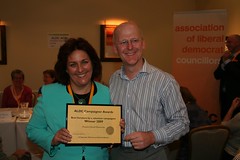 Cllr Mark Jewell and John Potter for our winning campaign in Preston North West (where Mark won) and the close result for John Potter in Preston Central South. 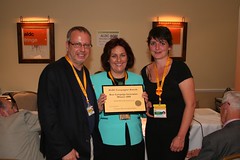 for their Six to Fix campaign from Cllr Chris White and Susan Gaszczak, which is a slogan used elsewhere in the country but the range of materials and the way it was consistently used throughout the county and all the literature makes it stand out.

Commended – West Didsbury by-election campaign in Manchester Withington, for their ‘text telling’ idea where people text a code to the party when they have voted so we don’t need to knock them up, thanks to Cllr Charles Glover and winning councillor Lianne Williams.