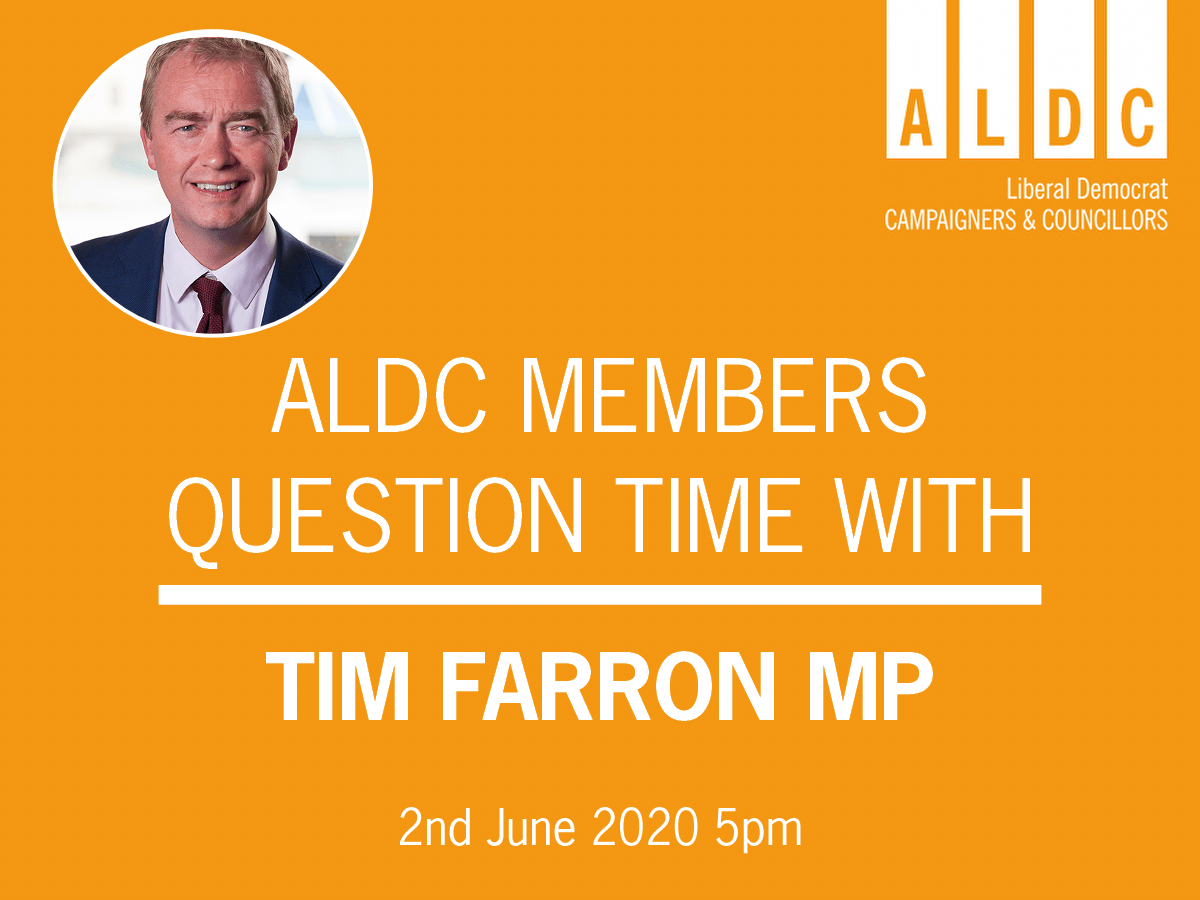 Join ALDC members across the country to ask your questions to the former Leader of the Liberal Democrats Tim Farron MP!

ALDC chief executive Tim Pickstone will be joined by Tim Farron MP to discuss the state of politics post the current health crisis and answer your questions in this interactive video conference session. Join ALDC members across the country to ask questions and listen to Tim’s take on how politics will be affected by the Corona Virus. Book your place now and join us on Tuesday 2nd June 5pm!

Tim Farron is the Member of Parliament for Westmorland and Lonsdale. Tim’s win in 2005 ended a 95 year rule by the Tories, winning by 267 votes. In the 2010 general election Tim maintained his seat and achieved an 11.1% swing from the Conservatives. Tim was elected as President of the Liberal Democrats in January 2011 by an all members ballot. He was re-elected in autumn 2012, until handing over the role at the beginning of January 2015.

Free for ALDC members.
Use the link sent to you in the confirmation email to access the online portal where we provide live training. All you need to take part is a computer and internet connection.