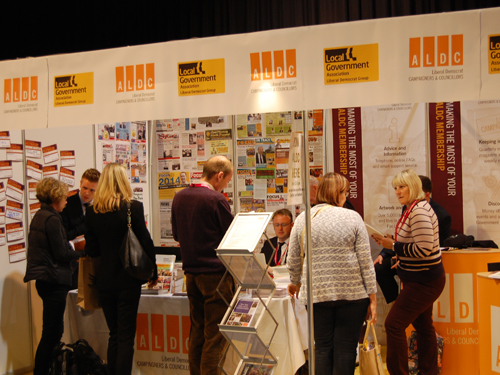 ALDC and our friends at the LGA Liberal Democrats will be in Liverpool and working hard throughout Conference, here are the details:

ALDC will be providing seven training sessions over the course of Saturday 14th March, some in conjunction with our friends at Lib Dem HQ and the LGA Lib Dem Group.

Making the Most of ALDC Membership
Anders Hanson and John Bridges
Arena and Convention Centre (ACC), Room 4A

Making the Most of the Last 50 Days of the Campaign
Richard Cole, with Victoria Marsom (LDHQ)
ACC, Room 4A

The famous community politics resolution, adopted by the Liberal Party at its 1970 Assembly, helped to lay the foundations for revival after the party’s loss of half its seats in the 1970 election. Discuss the community politics approach, what it meant and how it can help the Liberal Democrats in the future, with Gordon Lishman (co-author, The Theory and Practice of Community Politics) and Mike Storey (former leader of Liverpool council).

Join us to launch a collection of local Lib Dem essays from around the country describing the opportunities and challenges of devolution in their communities. Wine and sandwiches provided.

The joint ALDC-LGA Lib Dems exhibition stand is the home of Liberal Democrats in Local Government at every Conference. This spring will be no different!

Come and join us at the stand and tell us how it is going and who your candidates are. We’ll also have our latest publications available to buy and the LGA Lib Dem Group have arranged ‘drop-in’ sessions with their national training Peers.

If you have any issues related to the work of your council group or anything else you would like to talk through with our two lead peers then you will be able to find them at the LGA/ALDC stand at the following times: